3 Young Men Surround An Elderly Couple, But They Didn’t Realize The Police Were Recording 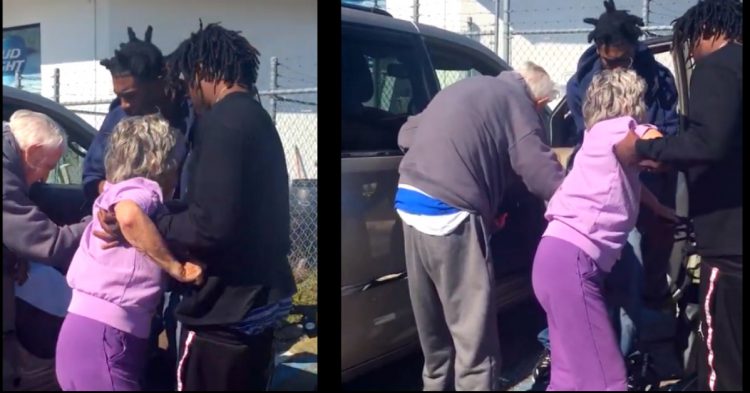 Your character shines through during those moments when you act when you think no one is watching. Three young men proved that they were honorable good guys when they had no clue someone was watching them. But as they witnessed an elderly couple struggling with their car, they knew they had to jump in and offer some assistance – and now the universe is rewarding their generous behavior.

These three men were Joc Koe Stoe, Marty, and Freddie G. They were out at a Williston, Florida gas station buying some soda. It was a hot day, and they were intent on enjoying a cold drink. But as they were hanging around the gas station, sipping their sodas, the three young men, all of whom are rappers, noticed an elderly couple that seemed vulnerable. Rose and David Griest would have made an easy target for someone who had bad intentions. Thankfully, Joc Koe, Marty, and Freddie G have hearts of gold. They rushed right over and surrounded the elderly couple and offered them a helping hand. 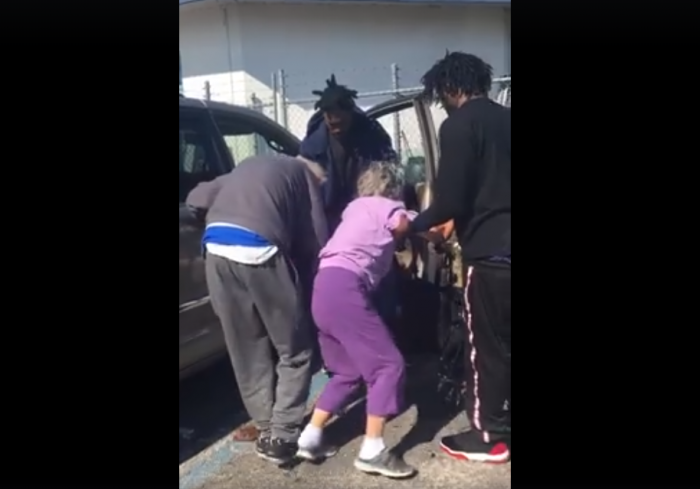 As it turned out, Rose and David were having a hard time trying to get back into their big SUV. The couple was on their way to a medical appointment in Orlando for Rose. They were in a hurry but had needed to stop at the gas station. Now they were losing precious minutes because Rose and David could not get back into the vehicle.

The two lovebirds no longer spring chickens. David is over 100, and Rose is 101-years-old. Despite their advanced age, they still know how to squeeze joy out of life, and even drive themselves around Florida.

26-year-old Joc Koe noticed the centenarian couple struggling to get back into their SUV. Without a second thought, he and his friends rushed over and started offering their help. They refused to watch the old folks have a hard time getting into the SUV. 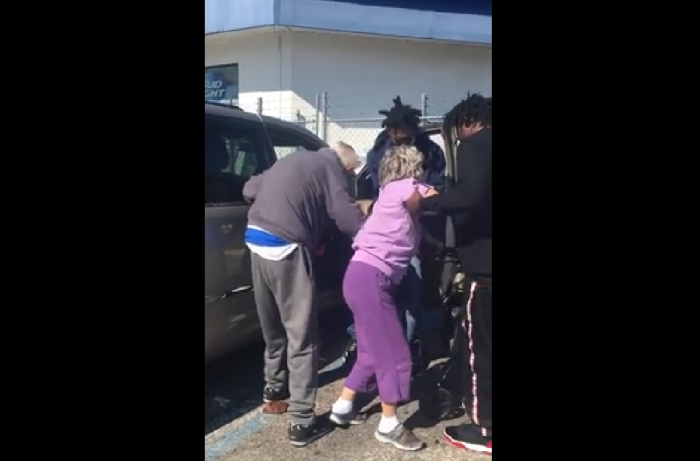 Rose was not doing so well. When Joc Koe, Marty, and Freddie G hurried over, she could barely stay on her feet. She was shaking and very unsteady. But two of the young men helped Rose into the SUV.

Then it was David’s turn. He had a walker and needed help getting it into the vehicle. One of the young men helped David with it as he struggled to get into the car.

While these men were proving that they are upright citizens and Good Samaritans, the police were driving by.

Officer Kanesha Carnegie of the Levy County Sheriff’s Office had been too late to help. The three young men had everything under control. Instead of interfering and stealing the young men’s thunder, Officer Carnegie took out her phone and started recording the good deed. 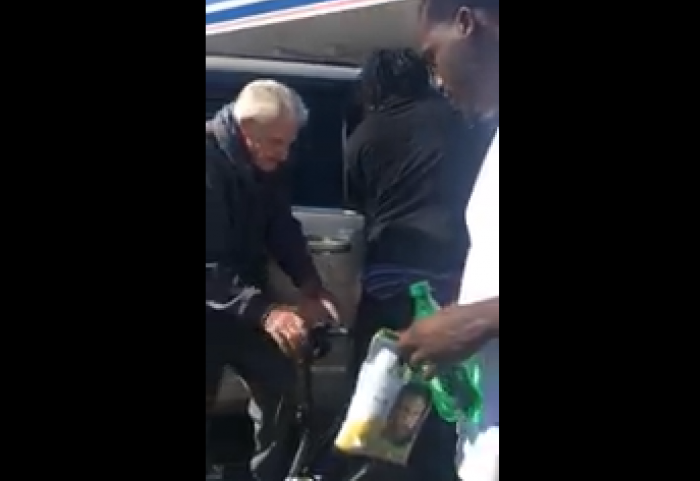 Joc Koe Stoe, Marty, and Freddie G are locally-recognized rappers. Officer Carnegie was familiar with them and knew how amazing they were as people – how big their hearts were.

“I know these men from the neighborhood, and I wanted them to have that moment to show who they really are.”

The footage was uploaded, and now the whole world knows these three rappers are among the best people living in Williston, Florida.