Apparently, This Is The Best Dog Video Ever Made 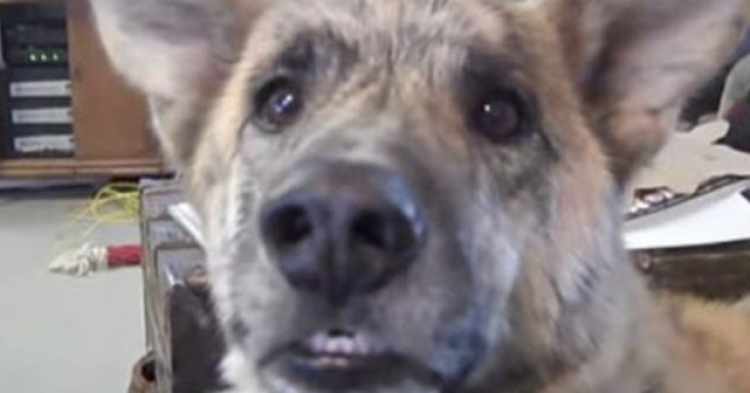 This dog video has been online for nearly a decade. Although it is pretty old – at least when it comes to viral content online – it has longevity. This dog video has stood the test of time. People are still watching it to this day and sharing their reactions to it in the comments on YouTube. With nearly 201 million views at the time of this writing, this video continues to entertain more people than live in most countries across the globe.

The video was posted to the Talking Animals YouTube channel, which has more than a million subscribers. It was among the first of the channel’s videos and helped transform the channel from a small-time operation to a massive viral content producing factory.

In the funny video, the dog gets very close to the camera and “talks” to the owner about various things dogs would be interested in. The owner teases the dog about opening the meat drawer in the freezer. He also says a few other things that get the dog going and ranting in a hilarious way.

When the owner mentions the word bacon, the dog’s eyebrows lift up. The pooch is clearly interested in getting its teeth on a bite of that bacon. The owner describes how he took the maple-flavored bacon out of the fridge and thought about someone who would like to eat it. Unfortunately for the dog, the person who the owner thought would like the bacon was himself. The dog reacts with a loud groan of disappointment.

The footage lines up perfectly with the back and forth dialogue between the dog and his owner. And the emotions of the dog’s reaction match perfectly to what the dog shows on his face and with his actions.

This video has been viewed by so many people that many have tried to add their personal twist on it with a humorous comment. Some of these comments are quite funny. Others miss the mark. Below we’ll share a few comments that we thought were great.

Many people could not help but share their appreciation for the video.

“This video seriously never gets old.”

“Why does anyone else bother making ‘talking animal’ videos? They’ll never top this one. It’s the best ever.”

“Three years later, and I still love this vid, never gets old.”

“This never gets old. To the man that came up with this idea, it just goes to show you how one simple idea can become viral globally.”

“I can imagine how perfect this is way back then, still golden!”

Others wanted to share the humor and get more people laughing.

“OMG that is adorable love the expression on the dog’s face when he gave the snack to the cat.”

“It hurts me inside that there are actually people who think this is animal abuse.”

What do you think about this funny video? Does it get you laughing?