Cafeteria Manager Breaks Down In Tears When The Students Start Chanting “U.S.A.” 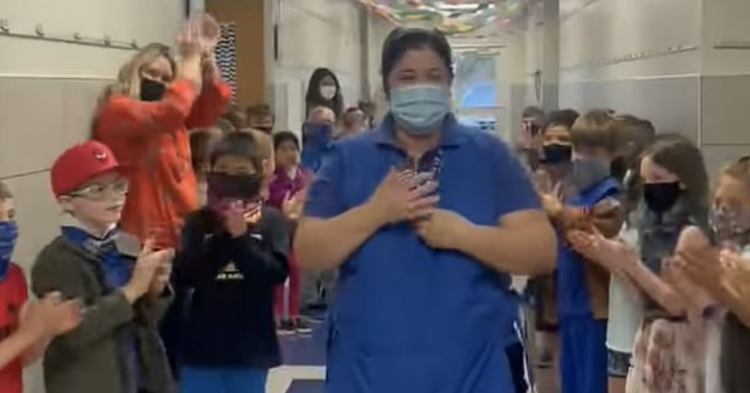 On Monday, life changed forever for Yanet Lopez, a cafeteria worker at Deer Creek Prairie Vale Elementary School in Edmond, Oklahoma. After years of dedicated study, Yanet passed her United States citizenship test and would finally become an American citizen – a longtime dream of hers. However, on Tuesday, when she returned to work, as usual, she was surprised with a round of applause from students at the school who stood around clapping and chanting “USA, USA” to honor Yanet’s patriotic accomplishment.

Yanet received her surprise around lunchtime on Tuesday. She was asked to put lunch on pause for a moment and to arrive at the office of Principal Michelle Anderson. That’s where she received the amazing surprise from staff and students alike, who were so happy to know that Yanet had earned her way toward American citizenship. 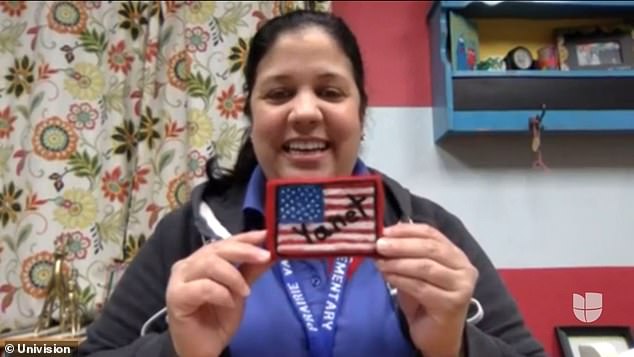 What makes the story even better was that Yanet had no idea why she was being pulled away from her lunch duty to go to the principal’s office. However, she soon realized that she was called away to be celebrated when students burst into the iconic chant that let her know that they were proud to welcome her to the United States as a citizen.

Footage from the special moment was uploaded to the school’s Facebook page. The footage shows the students giving Yanet high-fives as she holds a small flag and walks among the students. She is clearly emotional because of her accomplishment and because she was being recognized for it by the people she cares for, day in and day out. 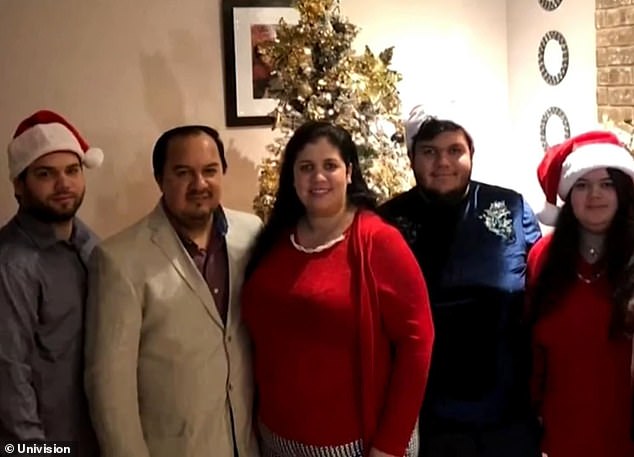 “When I was a child, I have a dream like, say, Martin Luther King, right? My dream was (to) come here to this great country,” López told ABC TV station KOCO. “All the students (gave) me hugs. It was exciting. I was crying like a baby, and the teachers were crying.”

According to a report by Univision, Lopez first moved to Houston, Texas, when she made her way to America. However, she relocated to Oklahoma when she got the job at the elementary school and had lived there for the past three years. 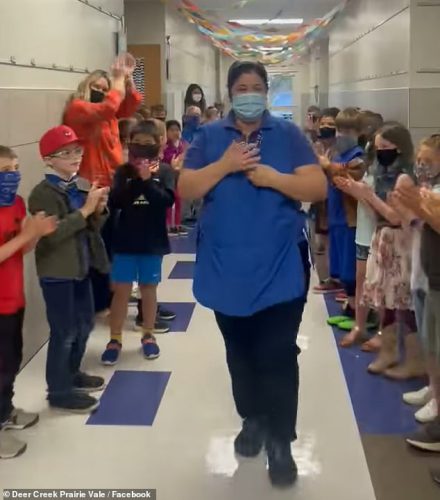 “Every morning, Ms. Yanet walks into the office and proclaims ‘Good Morning, Pretty Ladies’ and with a smile and a laugh, she always starts the day with a positive message!” Principal Anderson wrote. “I am so excited for Ms. Yanet and the realization of one of her dreams in passing her citizenship test! We laughed that she would know more than those of us born in the U.S.A. I am honored to work with one of the best US citizens I know!”

Yanet was not the only person in her family to pass the naturalization exam on Monday. On the same day, Yanet and her husband and their three children were also granted naturalized citizenship in the United States. Their children are ages seventeen to twenty-eight. 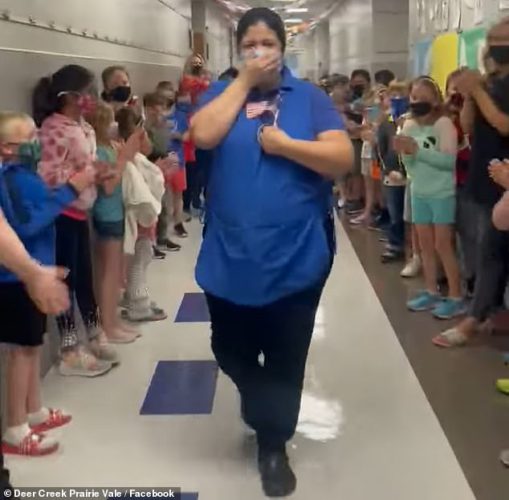 The naturalization exam requires immigrants to learn about American history and to become knowledgeable about the country.

“I know everything about the United States, presidents. Everything is amazing. I know I learn a lot of history. I love this country,” López said.