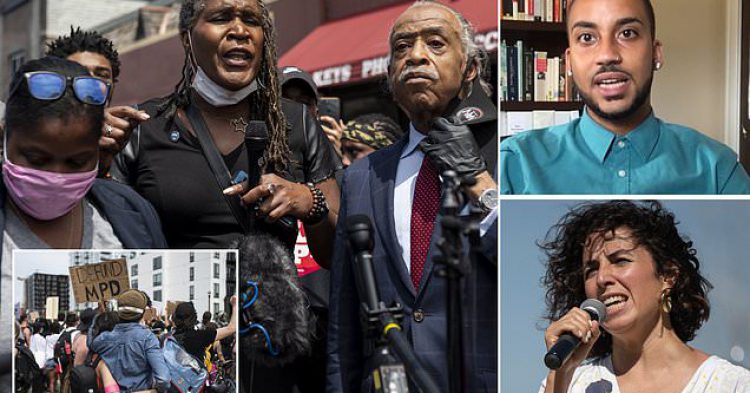 When three members of the Minneapolis City Council made the groundbreaking decision to vote in favor of abolishing the police department, they knew they were putting themselves in a dangerous situation. However, none of the city council members could have predicted that they’d be flooded with death threats from “white nationalist” and various white supremacy groups that are actively fighting in opposition to Black Lives Matter.

On the day the Minneapolis City Council voted 12-0 to abolish the Minneapolis Police Department, news of the death threats became public. That’s when it was also announced that because of the white nationalists, the three city council members would need taxpayer-funded protection. The decision to abolish the Minneapolis Police Department was led by a progressive group of politicians who hope to replace it with “peace officers” with an entirely new “holistic” approach to public safety that does not put unarmed Black Americans in fear of their lives.

After the footage of Floyd being choked to death surface, the Minneapolis Police Department is hated by many. It has gained little progress in the weeks since Floyd’s killing, and people want to get rid of it and replace it with a “department of community safety and violence prevention.”

Because white nationalists are threatening to kill Councilmember Phillipe Cunningham, she did not discuss the details of her security team when asked by Fox 9.

“I don’t feel comfortable publicly discussing the death threats against me or the level of security I currently have protecting me from those threats,” Cunningham wrote in a text message. She made it very clear that the security measure is temporary.

Cano was also advised not to discuss the level of security and the details of the death threats issued against her.

Councilmember Andrea Jenkins has asked for extra security since she was sworn into the position back in 2018. The latest threats that she has received came in the form of letters, emails, and hateful social media posts. She said that the white nationalists attacked her on the grounds of her ethnicity, gender identity, and sexuality.

“My concern is the large number of white nationalist[s] in our city and other threatening communications I’ve been receiving,” she told the network.

The city council does not need to approve security spending unless it surpasses $175,000. City Coordinator Mark Ruff and City Council President Lisa Bender have not replied to comments regarding the secret details of this added security for the council’s threatened members.