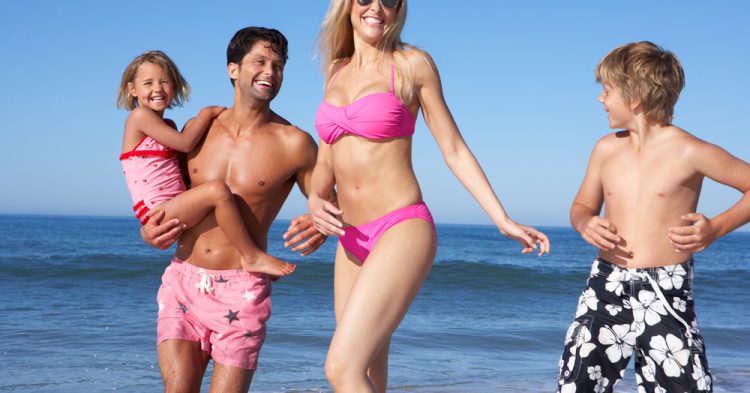 Now that his son has reached the “mature” age of fourteen, dad had a conversation with his wife about how he wants her to dress around her stepson. Because the dad of the boy believes that the child might find his stepmom attractive, the dad told her that she had to stop wearing bikinis around the growing boy. However, the stepmom has now turned to Reddit to share her story and to get feedback from people on social media.

“I (35F) met my husband (43M) eight years ago,” wrote scarifairy on Reddit. “We fell in love hard and got married a year later. My stepson was six years old at the time. I pretty much raised him since his mother has always been out of the picture, and even though he doesn’t call me ‘mom,’ we have a great relationship.”

However, the boy has hit puberty, and now dad wants his wife to dress less sexy around the boy.

“Ever since my stepson (14M) hit puberty, my husband started commenting on my clothes and asking me not to wear a two-piece bikini around my stepson,” she continued. “He justified it by explaining that in his culture — he’s ‘from a Muslim Arab country’ — you should dress modestly around non-family members. I was very offended since I consider him my son, and I raised him since he was six years old.”

The stepmom then wrote about how her husband asked her to stop buying two-piece swimsuits because, according to him, “it’s inappropriate.” She replied that he was the one being “inappropriate and weird” and that his son is now her son, albeit stepson.

“We argued for an hour, and [he] ended up leaving the house. He sent me a text later telling me that he’s very upset with me for not respecting his culture and religion,” she continued. “Am I the a**hole for refusing to be more modest?”

Redditors largely sided with the stepmom. One person wrote, “Blaming it on his religion is a stretch. Does he suddenly have a problem with it? Why didn’t he care eight years ago?”

Based on this expert’s assessment, the father has nothing to worry about.

“From a psychological perspective, there isn’t a recommended age to avoid being naked in front of your children. However, children may start to ask for privacy around age 4 or 5, which may indicate their discomfort with seeing parents naked as well,” Peykar said.” Most children will feel less comfortable about nudity when they are moving into the tween years.”

Another user wrote, “I want to point out that your husband’s use of the word ‘modest’ to describe how he wants you to dress is a coded way of body shaming you. You are right not to permit it or to accommodate it. This actually isn’t about your son. It’s about your husband’s ridiculous belief that you are responsible for how boys and men respond to your appearance. His claim that his culture/beliefs need to be respected by you simply because he wants you to do it is total bullshit. Teach your son to respect women as human beings. It’s creepy that your husband believes you are an object of temptation to your son.”

Do you think a stepmom should be allowed to wear a bikini around a stepson?