Dog Is Found On Street With Shoelace Around Neck, Then Officials Make 2nd Discovery 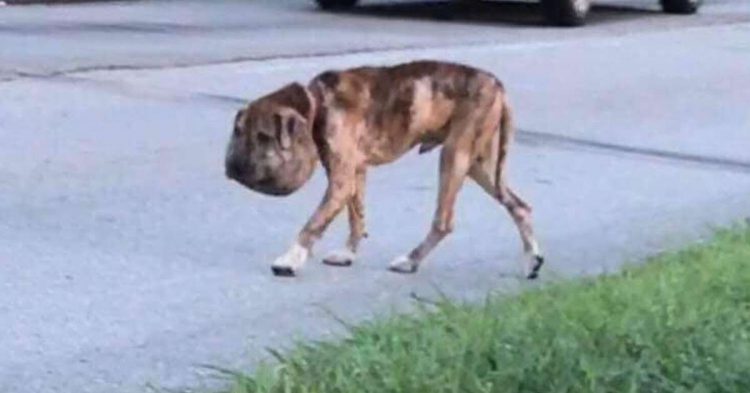 Images of this dog are sure to make your heart swell. The stray dog, whose head had grown to the size of a melon, was walking the streets of Houston, Texas with no one to love it. Laura Forma was the person who saw the dog. The animal’s body appeared normal enough, but its head was an entirely different story – and made the dog seem like an entirely different species or as if it came from another planet.

Laura could not believe her eyes. She had to pull her car over and get closer to the bizarre looking animal. 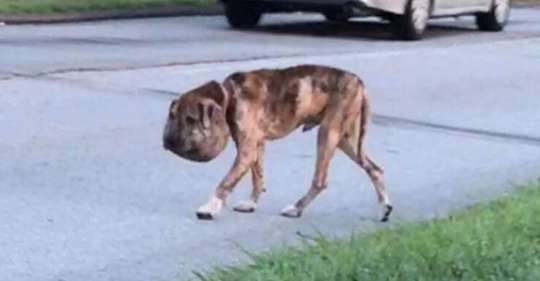 “I was driving down the street, and I saw him right in the middle of the street, walking head-on into traffic,” Laura said.

Laura rescues dogs. It’s what she loves to do. So when she saw this poor canine, she knew she had been called to this spot to help the dog get the help it clearly needed. 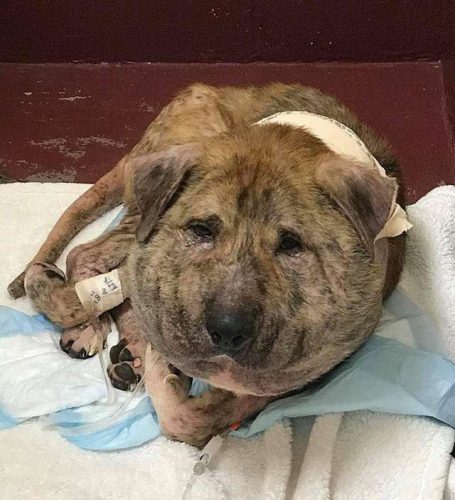 She spoke to The Dodo about what she did next.

“I just pulled over and tried to get him, but he just kept running the other way. He wasn’t even interested in me.”

Laura was determined to help. She even offered the pooch some food. But that didn’t even work. This dog was determined to do anything but accept help from the stranger. Instead, the dog rushed into a gated housing complex and tried to hide.

Laura refused to give up. She followed. 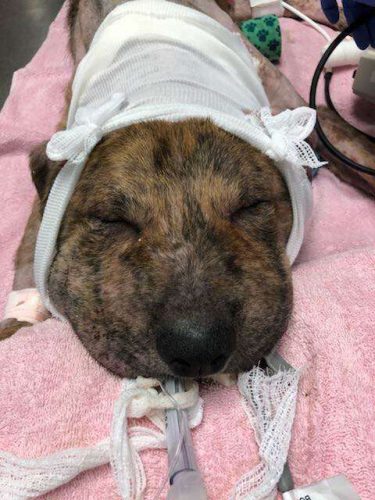 “By the time I went in there and talked to the guard, I couldn’t find him,” she said. But her story was not over yet. Although she didn’t save the pooch, she posted about her experience – and that’s when the co-founder of Houston K-911 Rescue, Anna Barbosa saw her message.

“I happened to be close by that neighborhood when she posted it, so I went out and had to look for him,” Barbosa said. “Couldn’t find him. I asked people, but no one had any idea what I was talking about.”

Although his head was impossible to miss, no one knew him. 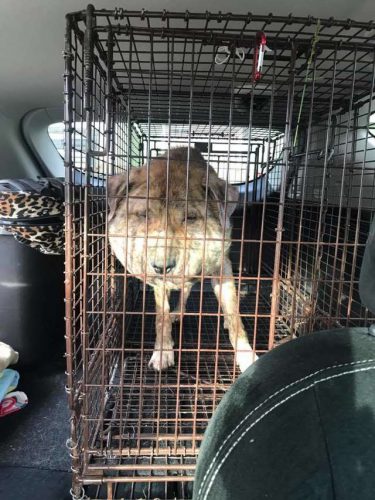 Later that day, Laura Forma returned with other volunteers to seek out the dog. They found him hiding in a storage unit. They got him into a cage and brought him to Houston K-911 Rescue.

They named him Gus.

That’s when the rescue workers found a shoelace tied around Gus’s neck. Hence, the melon-sized head! 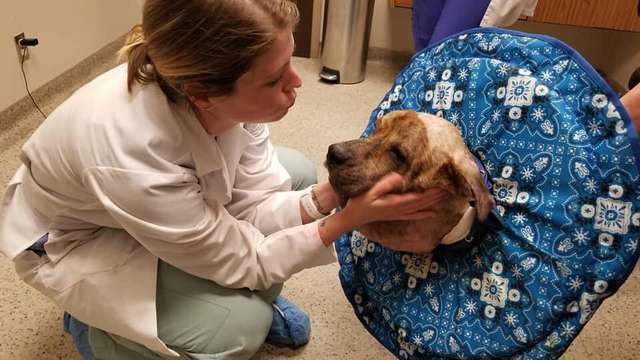 “The fluids were unable to move through his body because it was cut off!” Barbosa said. “What I think happened was that he was a puppy and somebody who didn’t know better put a shoelace around him. Education is a huge part of dog ownership. And if you don’t know better, then you just do what you do. However, this is all speculation.”

Barbosa’s idea means the perpetrator was innocent. It was just as likely that someone in Houston maliciously tied the rope around his neck. 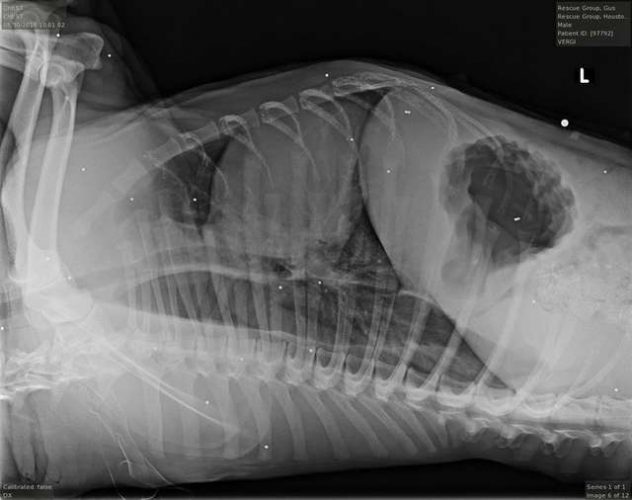 When they X-rayed his body, they learned that someone had shot him with a pellet gun. He had 28 pellets in his body. 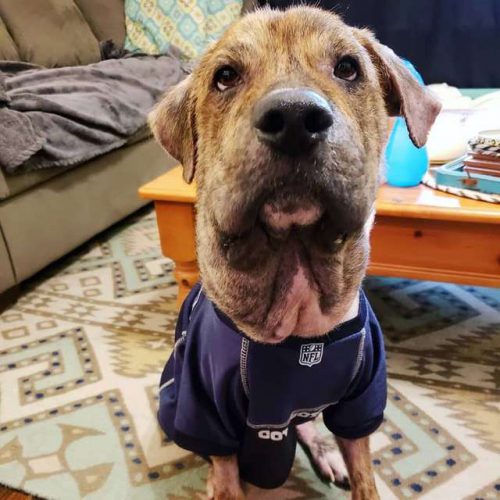 Gus had been sorely mistreated. At least now he was in the hands of loving professionals.