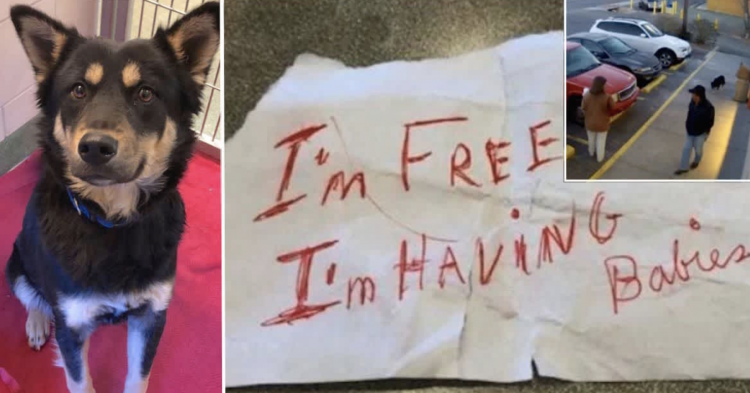 It was the day after Christmas in Santa Fe, New Mexico, when a heartbreaking event occurred at a local Dunkin’ Donuts location. The coffee and donut shop usually provides joy to people throughout their day, but on this day, it was the site of a travesty that left locals desperate to help. An unknown man, who appeared in the shop’s surveillance footage, was clearly seen leaving his van before entering the store to buy a cup of coffee – but he wasn’t alone and would soon burden other people with a problem he didn’t want to face.

Before the man entered the store, he let a female dog out of his van. The animal looked confused because it was being let loose in the parking lot. The man ignored the dog while he went into the store to get his cup of Joe. When he returned, he got back into his van but did not take the dog with him. As it turned out, he had written a note that he attached to the canine’s collar to explain why he was abandoning the dog at the Dunkin’ Donuts. 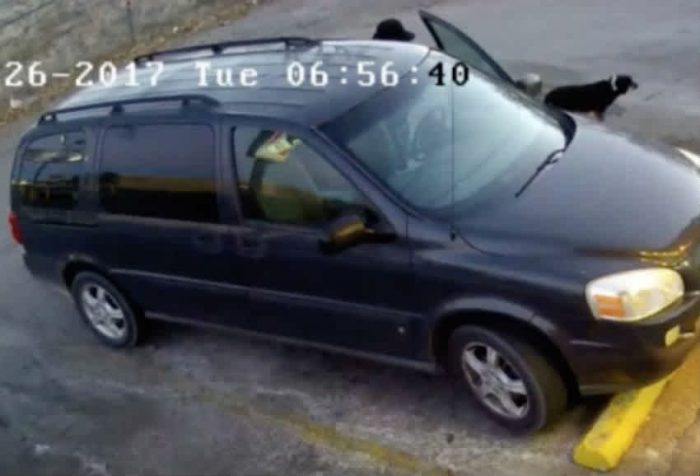 Later that morning, the City Animal Services in Santa Fe received a call about the abandoned dog. The animal had clearly been left behind in the Dunkin’ parking lot, and the professionals were needed to sort through the events and figure out what to do with the dog. 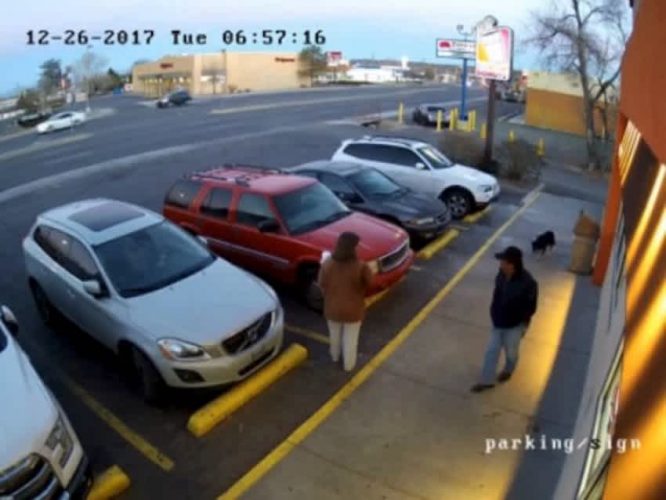 The dog had been left with a note scrawled on a piece of ragged paper that was attached to the animal’s collar. The note simply shared five words that said: “I’m free. I’m having babies.” 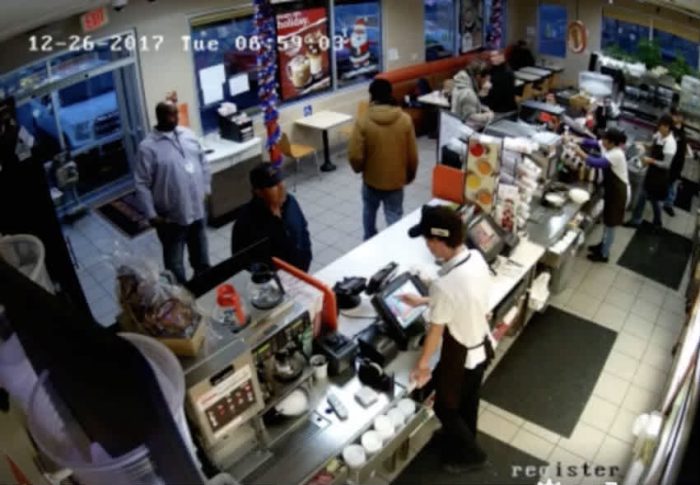 Far too often, people like this man abandoned animals. Dogs and cats, and other critters are sometimes left by the side of the road or dumped in a ditch. In this case, the man just left the pregnant female dog in the parking lot of the local Dunkin’ Donuts and drove off as if nothing had even happened. Fortunately, the dog was much luckier than other animals that are left by the wayside. According to data from DoSomething.org, about 2.7 million dogs and cats are euthanized each year because animal shelters simply don’t have enough room to house all of the unwanted pets. 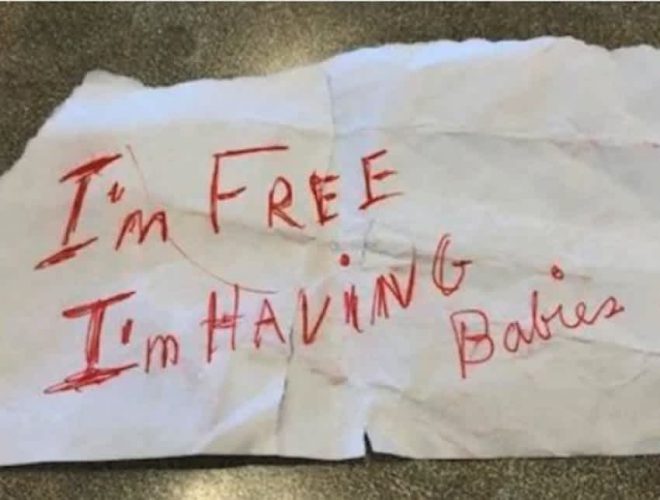 Police were unable to track down the man who abandoned the dog. Although surveillance footage captured the man dumping the dog at the Dunkin’, they didn’t have footage of his license plate and could not use that info to find out who he was.

Animal Services and the Sante Fe community hoped that someone would be able to identify the man from his face in the surveillance footage. However, that never happened, and the man was never caught. 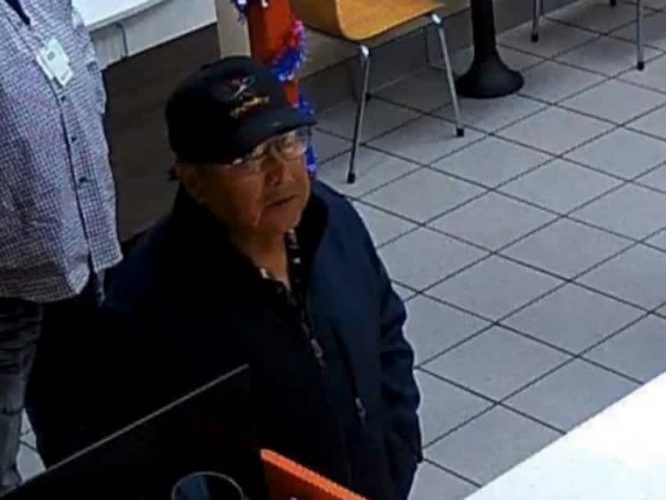 People online expressed their outrage that someone would abandon an animal at a donut shop like that. Many people questioned why the man was able to drive to the Dunkin’, buy himself a treat, and then leave when he could have easily driven to an animal shelter to drop off the pregnant dog.

Fortunately, the dog was healthy and later adopted by a loving family. She and her puppies are all doing much better now.