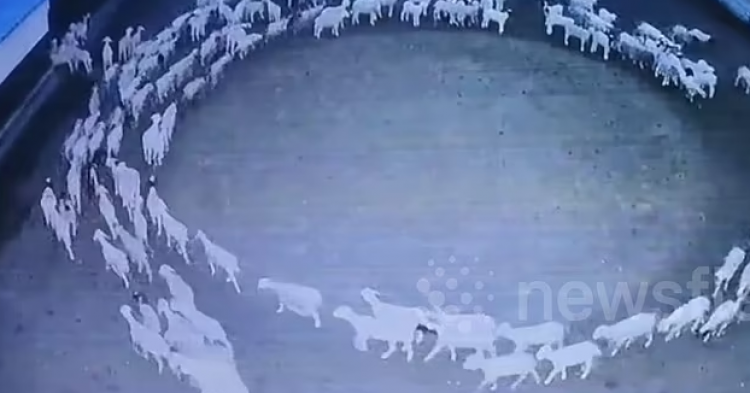 A flock of sheep from a Chinese farm has been acting very weird in recent weeks. For twelve days in a row, the flock of sheep walked around in a circle on the farm and the Chinese farmers have no idea why they were doing it. The footage of the bizarre incident was recorded in early November 2022. The flock of sheep can be seen circling around in their pen on the farm, which has caused widespread panic and shock among the farming community in northern China where the event occurred.

After the clip from the Chinese farm went viral, people tried to figure out what could have made the sheep walk around in a circle like that. Some people speculate that the sheep could have been just following each other and that the sheep just kept walking like that because they were stuck in a loop.

The sheep’s owner was farmer Ms. Miao. She could not explain why the sheep were walking around in a circular pattern for twelve days in a row. She was dumbfounded and sought the expertise of other people online to see if they could come up with a reason that the sheep would circle around each other like this for so many days in a row.

In the footage, which was recorded on the farmer’s closed-circuit video cameras, you can see hundreds of sheep walking around in a circle. Ms. Miao said that the incident began with a few sheep walking in a circle but soon all of the sheep started following the leader and the circle kept going for twelve days in a row. 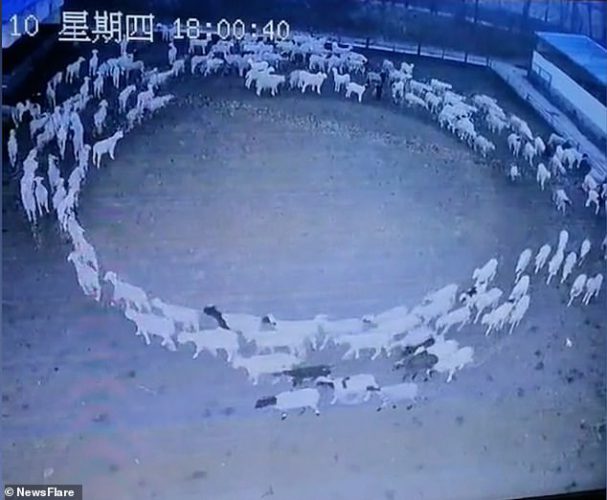 The bizarre video footage was recorded on Ms. Miao’s farmer in the Chinese city of Baotou in Inner Mongolia. The date of the recording was November 4, 2022, and the circle of sheep kept up its movement for twelve days in a row without stopping. 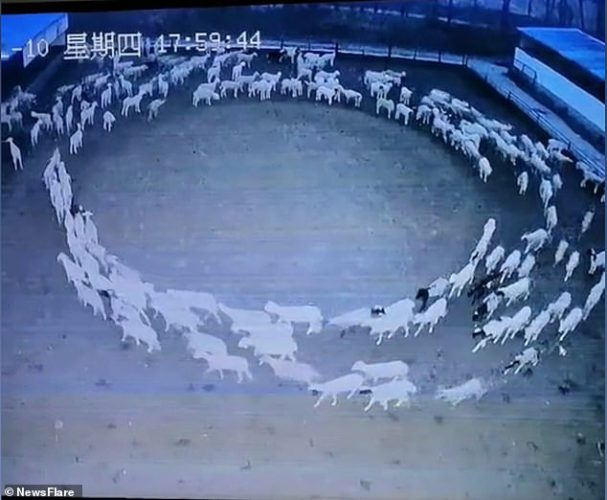 Although the sheep farm has thirty-four pens of sheep, only sheep in pen thirteen moved in a circular pattern. The unknown reason for the sheep’s movement has sparked a furious debate online as people try to come up with reasons that the sheep might be acting like this in the first place.

Scientists have come forward to shed light on the fact that there is a disease among sheep that can cause the animals to become disoriented. It is called listeriosis, which is a condition that affects the brains of sheep, causing part of the brain to become inflamed. 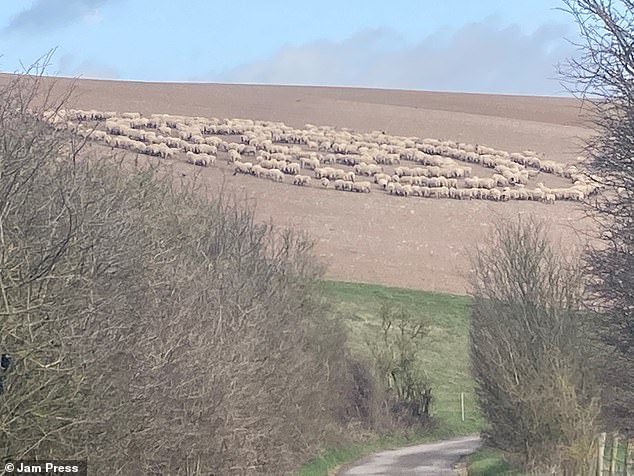 Last year, sheep in East Sussex also went viral after they were caught standing in concentric circles in the dirt. The photo from a distance on the hill shows the sheep mulling around on the United Kingdom farm. However, this was discovered to have been the case because a sheep snacker, which is a device that feeds the sheep, had given out food in circle shapes.