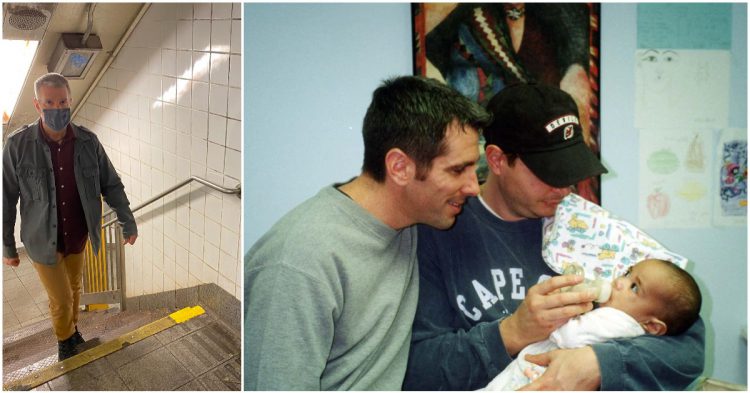 Danny Stewart and his partner Pete Mercurio led a happy life in New York City. But their world was about to dramatically change when the pair rode the New York City subway together. Stewart noticed something that looked like a doll on the subway floor, only to realize that it was not a toy when the baby’s legs started moving and kicking.

“I noticed on the floor tucked up against the wall, what I thought was a baby doll,” Danny said to BBC. “I glanced back one more time, and that’s when I noticed his legs moved.” 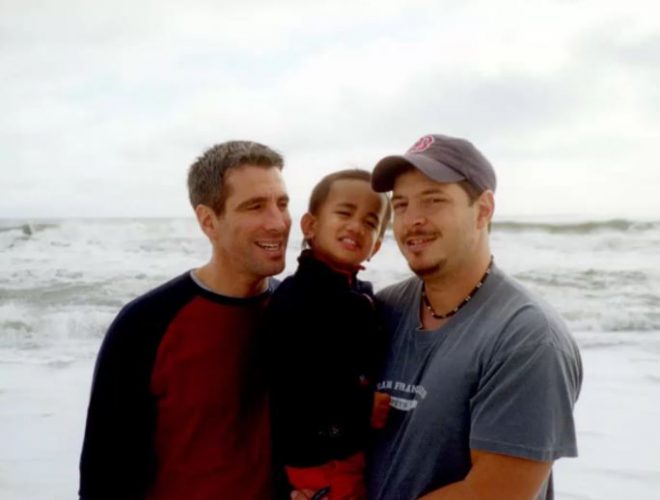 Stewart happened upon the abandoned baby more than twenty years ago. Now, he and Mercurio have turned to social media to share their incredible story of bravery, love, and the kindness of strangers.

When Stewart found the baby, the infant was wrapped in a sweatshirt. It still had its umbilical cord attached, which led Stewart to correctly believe that the baby had just been born before it was abandoned on the subway in 14th Street in the middle of Manhattan. 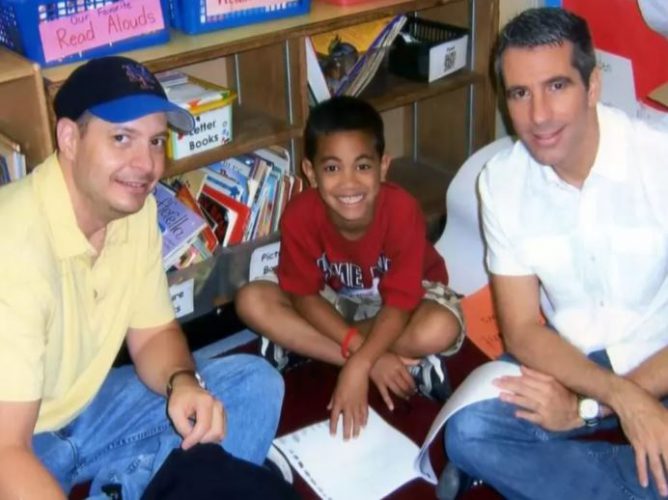 Stewart began screaming at other commuters to help him with the baby. None of the New Yorkers stepped up to help. So, with the baby in his arms, Stewart ran up to the surface of the city to find a payphone to dial the New York Police Department for help.

When the police arrived, Stewart and Mercurio gave the child to the officers. But they suspected that this was not the last time they’d see the infant. 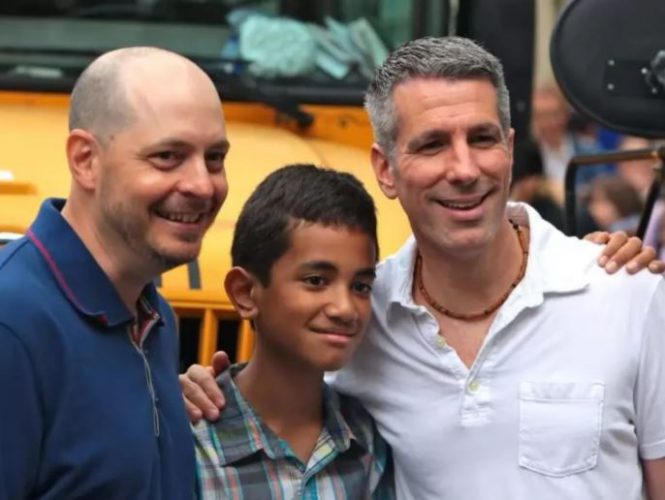 “I remember turning to Danny and saying to him on the sidewalk as the police car was driving away, ‘You know, you’re going to be connected to that baby in some way for the rest of your life,’” Pete told him.

Months later, Stewart received a letter from the Administration for Children’s Services, asking him to come to court to testify. During that hearing, the New York judge made a startling suggestion. What if Pete and Danny adopted the abandoned child? 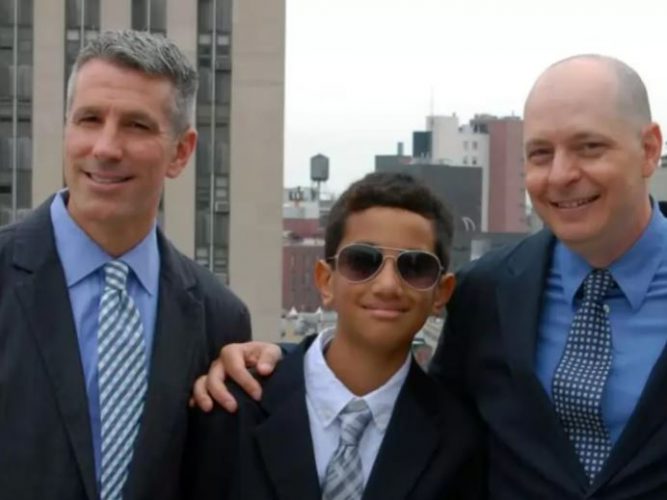 “I had not had thoughts of adopting,” Danny said. “but at the same time, I could not stop thinking that… I did feel connected. I felt like this was not even an opportunity. It was a gift, and how can you say no to this gift.”

Although the couple did not have much room – they were still living with a roommate – they committed to helping the little boy. Besides, Stewart felt called to adopt the child after he saved the baby boy’s life that day in the subway. 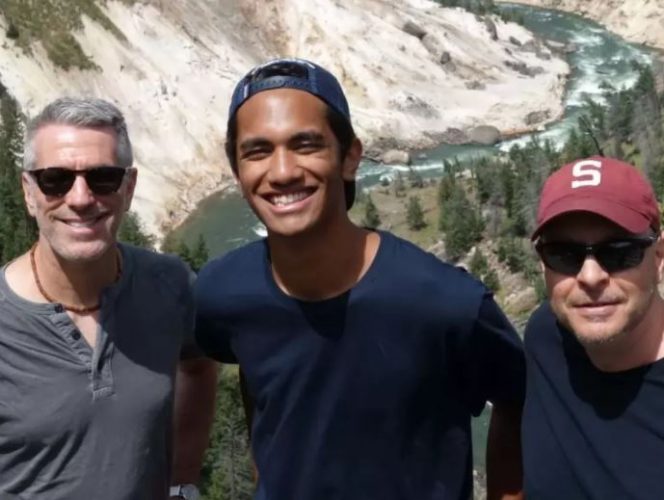 “The baby squeezed my finger with his entire hand so hard,” he said. “He was just staring up at me, and I was just looking at him, and it was almost like he found a pressure point in my finger that just opened up my heart to my head and showed me at that moment that I could be one of his parents, one of his dads.” 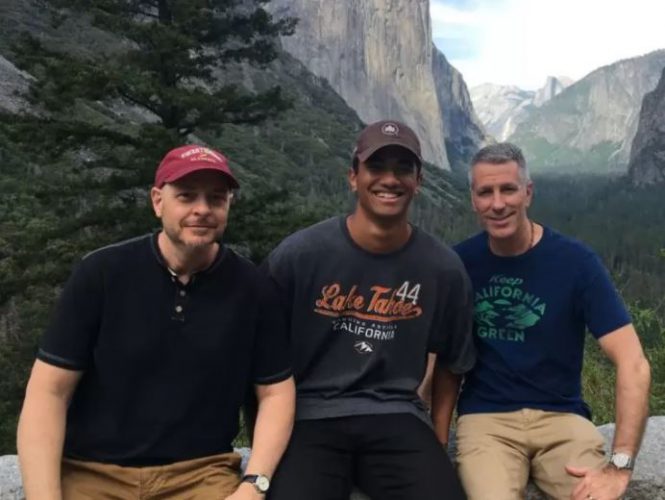 Twenty years have passed, and the family is as happy as can be.