Man Sets Up Camera In His Backyard, “Accidentally” Records One Of America’s Rarest Animals 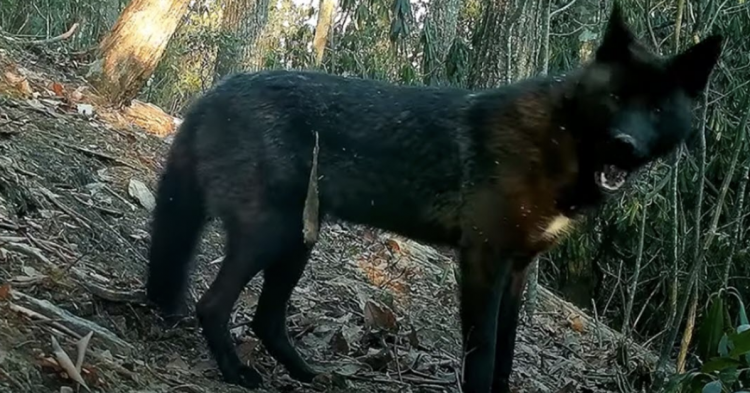 A homeowner from Hendersonville, North Carolina, always wanted to know what went down in the woods behind his property. Because he had heard urban legends about how mysterious creatures were said to walk the woods just beyond the outskirts of his home, the man figured it wouldn’t hurt to place a hidden camera and see what kind of wildlife would appear out of the trees.

But little did this homeowner know that a rare black coyote would be caught on camera prowling around the guy’s house. These animals are very rare in the United States. According to the description in the viral YouTube video, “The occasional black coyote is seen in the great plains states and in the eastern states; they may actually be the result of hybridization with wolves. It would take DNA analysis to be sure.” 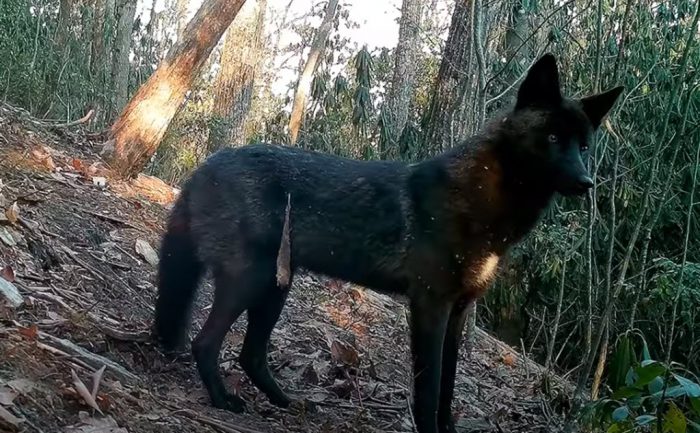 Footage shows the black coyote in all of its glory. The spectacular creature even seemed to notice the camera as it prowled the guy’s backyard property. At first, the coyote is shown sniffing the area with its back turned to the camera – but it soon shifts its angle to face the lens.

While we watch, the coyote rubs against the ground directly in front of the camera. It is probably marking its scent in the area – or rubbing the scent of another creature over its fur. Perhaps, a potential mate?

Viewers swarmed this video to see the rare animal in action. With hundreds of thousands of views on YouTube alone, a lot of people came to this source to see what a black coyote acts like when it thinks no one is watching it. Or could the creature have realized the camera was there and decided to put on a show for us all? Unlikely, but I like to consider the dream.

Here’s what viewers like you had to say about this footage from Hendersonville, North Carolina. 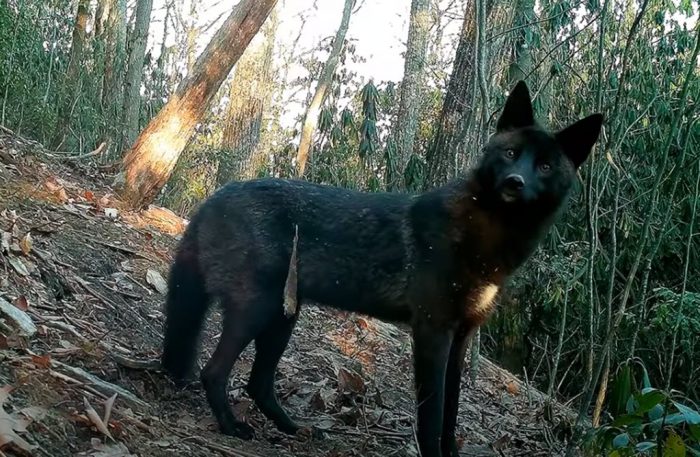 “Wow, in all my years, I’ve never seen a black coyote beautiful pictures. Thanks for sharing.”

“That coyote sure is beautiful. I’ve only seen one black coyote in the wild my entire life.  I was on a country road and came to the stop sign. It was up on the side of the hill across from me. It just stood there, perfectly still watching me. I watched it for a minute or so and then drove off. It caught me by surprise. It was like I was frozen for a little bit. Absolutely beautiful.”

“I’ve got one that has been showing up on a few of my cams about an hour south of you. Been trying to call him in with no luck.”

Some people have seen these animals in parts of Florida.

“I’ve seen one before in a cow field in North Florida.  We always felt like they could be coy dogs.”

“There used to be a subspecies of eastern black wolf in Florida up into the early 20th century….they say it is extinct, but from descriptions its looks an awful lot like this…”

What is your reaction to this footage of the rare black coyote?