Miami Starts A Curfew To Slow Down COVID, But Now It’s Being Called Racist 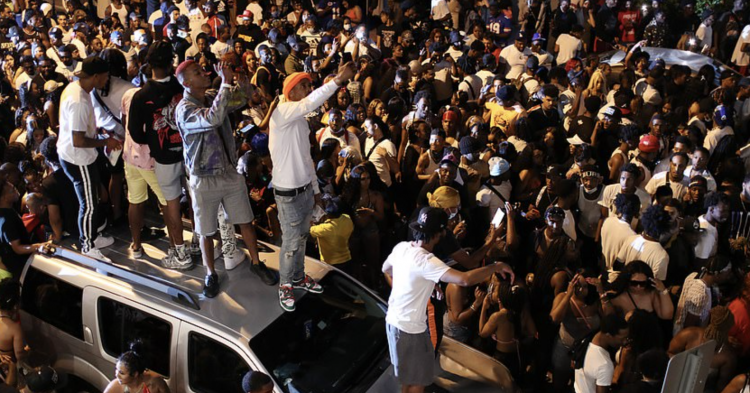 Last year, spring breakers largely ignored COVID-19 protocols and spread the coronavirus throughout the country when returning from their vacations. This year, the same problem seems to be happening again. On Sunday, the Miami Beach commissioners voted to extend the city’s 8 pm curfew through April 12 in an effort to protect city residents from the deadly virus that has killed hundreds of thousands of Americans.

However, Miami Beach authorities have been accused of racism because the large crowds gathering along the beach are predominately made of Black people. Over the past month, Miami Beach police have arrested more than 1,000 people who were in violation of the curfew. However, on Saturday, police employed pepper balls and sound cannons to disperse a crowd of Black people, which leaders in the Black community have since labeled “unnecessary force.”

“I was very disappointed,” Stephen Hunter Johnson, chairman of Miami-Dade’s Black Affairs Advisory Committee, told the Miami Herald. “I think when they’re young Black people [on South Beach], the response is, ‘Oh my God, we have to do something.’”

Local law enforcement authorities are using the curfew method because they want to minimize the size of crowds due to the coronavirus pandemic. There have also been instances of property damage and “lawless” behavior, which has given law enforcement officials more ammunition to use in their pursuit of their curfew agenda.

On Sunday night – the day after Miami Beach police used anti-riot tactics to disperse a crowd of spring breakers – a crowd of thousands took to the streets of the Florida vacation haven. Because police had been accused of racism the day before, they were a lot gentler to the crowds on Sunday night.

An emergency city commission meeting was held on Sunday after it was determined that spring breakers were “overwhelming” the vacation destination. The group claimed they needed to implement measures to stop “the potential for violence, disruption, and damage to property.”

“These aren’t your typical spring breakers,” Interim City Manager Raul Aguila said, according to the Miami Herald. “It looked like a rock concert. All you could see was wall to wall people.”

Police have been powerless against the influx of spring breakers who have descended upon Miami Beach to enjoy the Florida destination. In an effort to enforce the curfew, police use roadblocks along the bridges leading to the mainland. While this worked to block revelers from the city, it also blocked residents from returning home. Some complained that it took them as much as four hours to get home on Saturday night.

A video posted to Twitter showed a SWAT vehicle driving down Ocean Drive – a major street for spring break activities. The vehicle was using a sound canon (also known as an LRAD) to drive people out of the streets.

Because the emergency curfew order was enacted only a few hours before it was to go into effect, people were confused and also defiant.

Video posted to social media shows that the crowd was nonviolent, although rebellious.