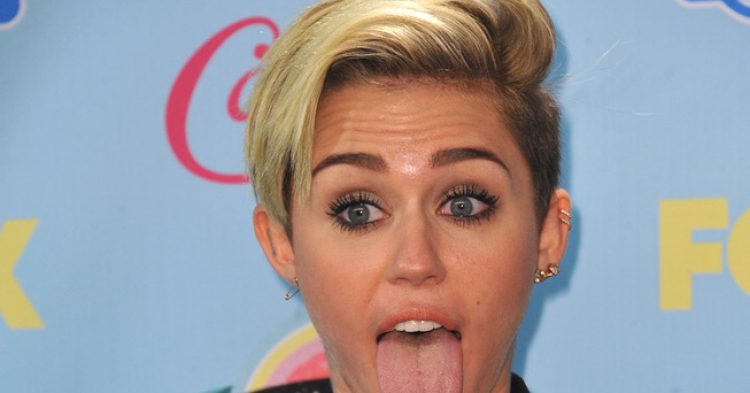 Miley Cyrus has had a rough few years. Not only did she lose her mansion in the Los Angeles area, but she has also lost her husband. But not only have life circumstances been challenging for the 27-year-old daughter of the country legend, Billy Ray Cyrus, but she’s also been struggling with self-esteem issues because her fans have relentlessly attacked her for years after she performed in latex underwear during the 2013 MTV Video Music Awards.

Only now is Miley Cyrus coming forward to speak about her body issues and how she’s dealt with the abuse and bullying. It hasn’t been hard for her. Because of the constant ridicule, the singer has been unable to wear a bikini for three years. And despite being considered one of the hottest young women in the business, she still struggled with her self-esteem issues just like any other young woman. 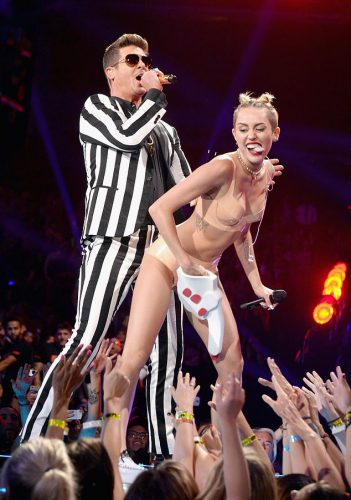 After the MTV performance, critics compared Miley Cyrus to a “turkey.” This bullying really hurt her and has affected her to this day. Only now is she starting to confront the body issues that resulted from that day of abuse.

During a live stream with Demi Lovato called Bright Minded, she opened up about her body issues and why she has been struggling these last few years.

Cyrus said, “I basically went through two or three years where I wouldn’t wear shorts. I stopped wearing skirts on stage, all this s**t, because after the VMAs and I had on my cute new bodysuit, everyone started comparing me to a turkey. I was like just so skinny and so pasty, and they kept putting me next to this turkey, and I was feeling so bad about myself that I did not wear a bikini for like two years.”

Not only did the media attack her for performing on stage in her underwear, but they also ridiculed her for the way she looked. This “really affected her personal life,” but “no one thought that that would’ve ever made me feel some type of way.” 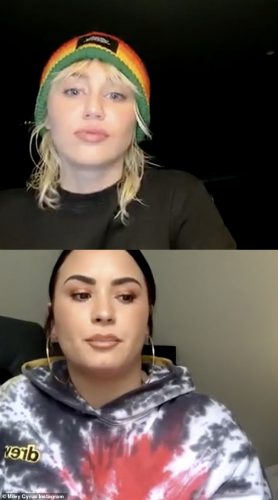 But the effect was devastating. And it stuck with Miley Cyrus for years and likely influenced the fallout between her and her ex-husband.

“It was just really really hurtful to be so body-shamed like that. And it really affected me in my personal life.”

Throughout the years following her controversial performance with Robin Thicke, Miley Cyrus felt like a “fraud,” because she was so insecure about her body but had to pretend like she wasn’t.

“What was so hard about it was my brand has always been about being so unapologetically myself and being confident, and the worst thing that I would feel like I would be to my fans would be lying or a fraud. I felt like having this persona of being the most confident girl on the planet was actually kind of fraud because I was so insecure on the inside that in my personal life, I wasn’t even wearing bathing suits and shorts.” 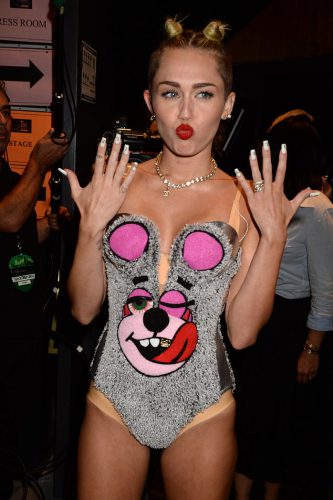 She added, “And when I was wearing like my little leotards and things, I had on f***ing four pairs of tights because I was so insecure.”

At least now she can talk about it.