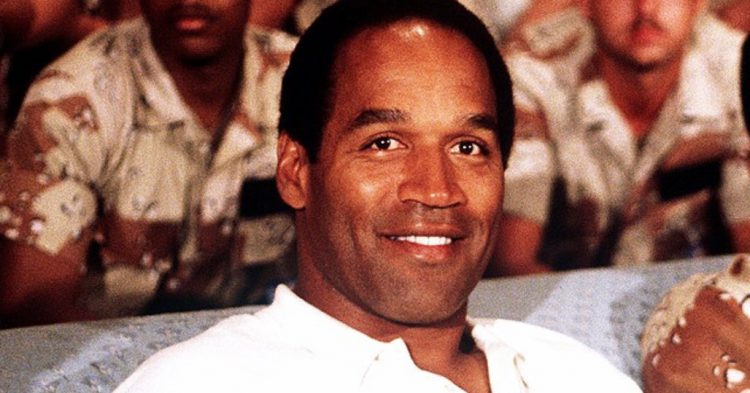 OJ Simpson was very famous before he was embroiled in the murder trial of his ex-wife and her friend. Although the court acquitted him of those charges, Simpson would go on to serve hard time after he launched a plot to steal memorabilia. Now, Simpson is out of prison and learning the ins and outs of social media. His recent efforts included a Christmas post on Twitter where he showed his decorations, which included a Christmas tree and a reindeer hat.

However, fans of OJ noticed something in the background of the image that shocked them. On a prominent spot on his bookshelf, OJ Simpson placed Donald Trump’s red MAGA hat. This has shocked people who thought that OJ Simpson did not get involved in American politics or sided with Trump. 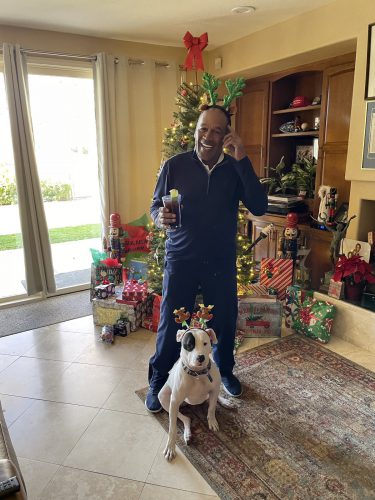 Although thousands of people were surprised that Simpson was a Trump supporter – especially in light of the violence Trump incited at the United States Capitol – others were not shocked. Some even eluded to the legal troubles Simpson and Trump shared.

“Why are y’all surprised that this man is a Trump supporter,” one person wrote.

A third wrote: “Imagine telling someone ten years Ago OJ was going to be canceled for having a Donald Trump hat on his shelf in a Christmas Picture.”

Before Simpson became an international celebrity for his role in the murder of his wife and her friend, he was a star NFL athlete and a movie star. After his successful career in football, Simpson pivoted to a career in television and Hollywood, where he landed several roles in prominent movies, including The Naked Gun series. 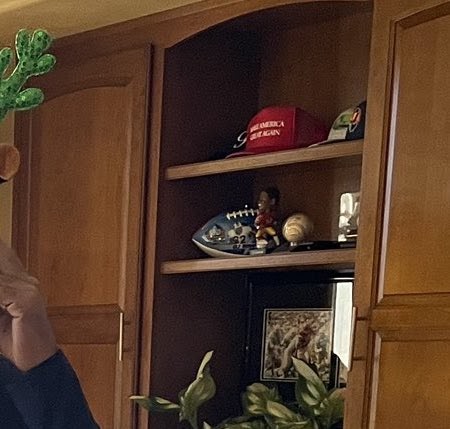 Although Simpson was acquitted of murdering Nicole Brown and Ron Goldman in criminal court, a civil case found Simpson guilty of both murders. However, the consequence for that court finding was not jail time like the victims’ families hoped for.

Simpson may have avoided jail time for the murder of Brown and Goldman, but karma caught up with him in 2007. While in Las Vegas, Simpson went on a tear where he was arrested for armed robbery and kidnapping. He was trying to obtain memorabilia that he thought belonged to him despite common sense saying otherwise. About a year after his arrest, he was convicted of the charges and sentenced to thirty-three years behind bars. He had to serve a minimum of nine years, which he did. He was granted parole in the middle of Trump’s presidency on July 20, 2017, after complaining about his health and other issues throughout his imprisonment.

Now, Simpson wants to become a relevant celebrity. He has launched a Twitter account with the hopes of making money from his online presence like other celebrities, including the President. However, Simpson’s tweets turn out to be more controversial than he intended given his racy background with the law – and the murder charges of his ex-wife and her friend.

Are you surprised that OJ Simpson is a Trump supporter and is proud to be one?