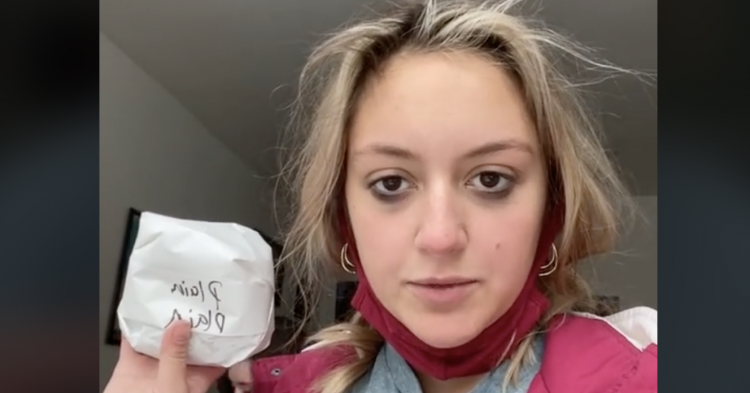 A young user of the Chinese-created TikTok app has “ruined” breakfast for millions of people. Twenty-year-old Maddie Goetz shared a video and promised fans the “greatest way to eat a bagel” in the viral video. Goetz has built a following on the social media platform by sharing videos of herself eating food in unfamiliar ways but promises her followers that she has “the greatest” ways to eat breakfast foods like bagels as well as other items that can be bought in-store or at the grocery.

“OK guys, I’m going to show you the way I eat my bagel with cream cheese,” Goetz says at the beginning of her video, which was broadcasted to her one million followers on TikTok. 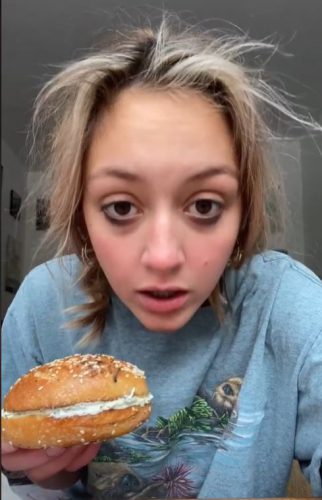 Goetz’s method is different from most because she tears apart her bagel piece by piece as she eats it. She targets the outside of the bagel, pulling the harder crust off of it and then wiping it down with the cream cheese. When she has finished this step, she is left with a soft bagel and the remaining cream cheese in the middle.

“Don’t knock it until you try it,” she said in the video before biting into the soft bagel. “Soft, mushy, amazing.”

Goetz feels that she had an amazing hack when it comes to eating her bagels. Not all of her fans agreed with that. Some even went so far as to argue with her about the breakfast eating hack that she uploaded in a video format to TikTok.

“Why did you SKIN THE BAGEL,” one commenter asked. 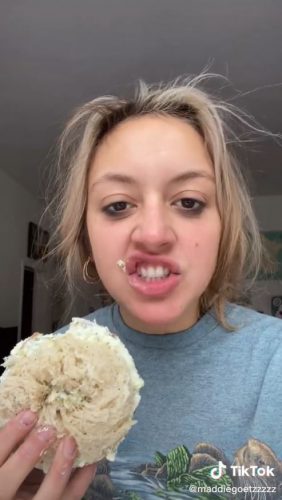 “This ruined my night,” another added.

Although critics abounded, there were some people who thought that Goetz was onto something. They wrote that they even wanted to give it a try next time they purchased a bagel from a bagel shop or a corner coffee shop like Dunkin’.

“I love to deconstruct what I eat,” one user wrote. “I do this with pizza if I’m alone and just chilling.”

Bagels are a popular food across the United States. However, New York City is perhaps the most famous place for bagels in all of the country. Bagels are one type of food that many people feel there is only “one right way” to eat them. Although Goetz vows that she has come across “the greatest way” to skin – I mean, eat – a bagel, her fans and followers do not all agree. 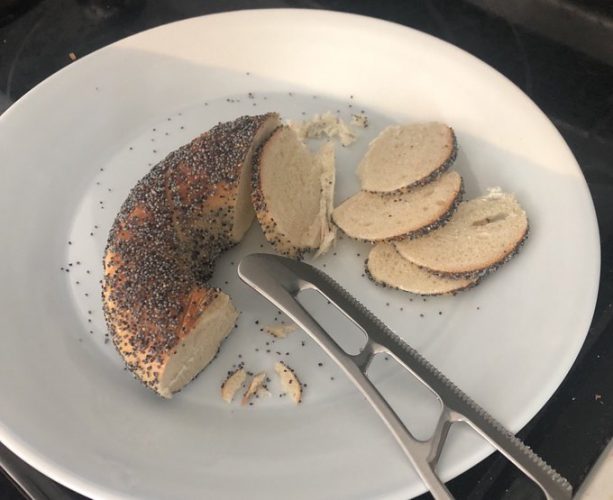 In June 2020, a woman’s photo of how her “non-Jewish husband” cuts a bagel went viral. Instead of slicing the bagels in half, this woman’s husband sliced the bagels into chips. He used the bagel pieces in a makeshift eggs benedict recipe that his wife called “The World’s Worst Egg Benedict.”

The result is quite bizarre-looking and seems more like how you’d expect eggs benedict to be served if it was being passed around like an appetizer at a cocktail party.

What do you think about these strange ways to eat bagels? Will you try the bagel-peeling method next time you take one home?

THE GREATEST WAY TO EAT A BAGEL ##breakfast ##foodies ##bagel