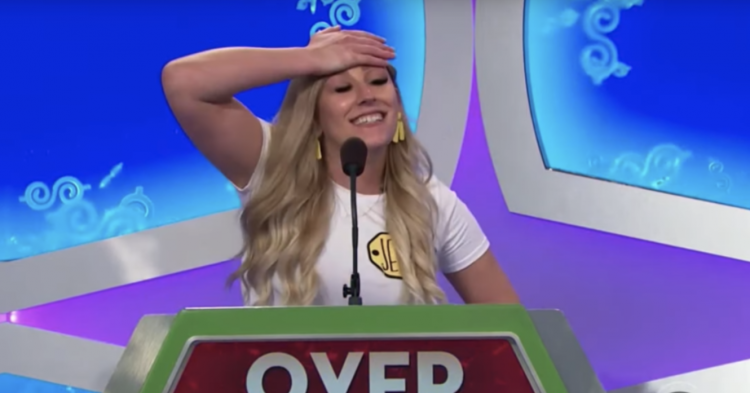 When Jennifer won her chance to become a contestant on The Price Is Right, she thought she was going to get lucky and return home with some prizes. However, host Drew Carey would show her that it was not as easy as she thought to guess the right price for the items. Instead of leaving the show with cash or perhaps the keys to a new car, Jennifer would go down in history as having one of the most excruciating losses in The Price Is Right history.

During the Showcase segment, Jennifer was competing against fellow contestant Robert. Drew Carey presented the item in the segment and asked Jennifer and Robert to guess the price of the item. If they got it right, they win. If they got it wrong, then the other contestant might take home the prize. It was their chance to show off how well they could guess the prices of the items on the show.

Carey had to tell Robert that he was not right with his guess. And he wasn’t even a little bit right. As fate would have it, Robert guessed the wrong price by a staggering $6,083. He was way off! Jennifer’s guess was a bit different.

As he turns his attention to Jennifer, Carey knows that he has some powerful information in his corner. Since he has the right price on the card in his hand, he knows that Jennifer was much too close for comfort. Her guess was so accurate that it was painful.

Jennifer had to guess the correct price of a Nissan Versa, a video camera, and a home theater. She bid the combined price of $23,294 for the three items. Unfortunately, she was wrong and bid over, which means she lost. But the amount that her bid was over was totally surprising.

As soon as Jennifer realizes that she bid over the correct price, she folds in half and nearly collapses to the floor. She’s overwhelmed by her loss and by how close she was to the correct price.

“You were over by three dollars,” Carey tells the heartbroken contestant.

Carey then has no choice but to congratulate Robert on his unlikely win. Although the man was more than six thousand dollars off from the correct price – and Jennifer was only three dollars off – Robert is the winner because his estimate did not go over the correct price. He was still under the total, which means he was not disqualified.

When it is time for Jennifer to exit the stage, Carey still has feelings about her loss. “That was crushing,” he says as Jennifer returns to her seat in the audience.

Fans of The Price Is Right shared their reactions to the video in the comments on YouTube. Here’s what some people had to say about the close call that Jennifer had.

“That was painful & brutal,” wrote one fan.

What do you think about this close call?