Rare Deep-Sea “Football Fish” Washes Up On The Beach 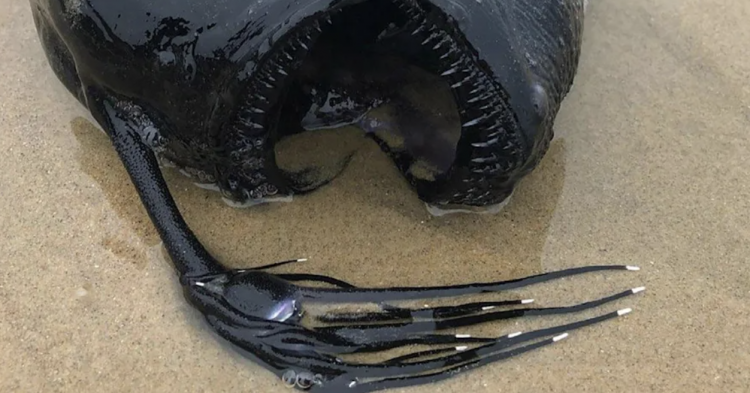 Inside of a California waterfront state park, a rare deep-sea fish washed ashore. The creature, which lures prey close to its giant mouth, is a type of angler fish known as the Pacific Football Fish. The rare underwater critter infrequently appears at the surface and shocked the people who spotted it washed ashore in the Crystal Cove State Park in its protected marine area.

According to Crystal Cove State Park, there are more than two hundred species of angler fish. Many of these deep-sea creatures hunt for prey in waters as deep as 3,000 feet beneath the surface. The Pacific Football fish is one such creature that loves hunting for lunch deep under the surface. 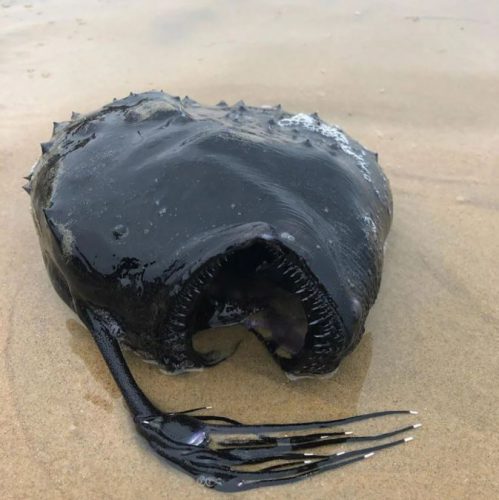 “Last Friday morning, an incredible deep-sea fish washed up on shore in Crystal Cove State Park’s Marine Protected Area (MPA). There are more than 200 species of angler fish worldwide, and this particular fish is most likely the Pacific Football Fish,” the state park wrote on Instagram.

After the bizarre fish was discovered washed ashore, the state park snapped photos of the creature and shared the images on Instagram. Along with the photos, the park also wrote a message about finding the rare fish on their shore.

“To see an actual angler fish intact is very rare, and it is unknown how or why the fish ended up on the shore,” the park captioned several photos of the fish. “Seeing this strange and fascinating fish is a testament to the diversity of marine life lurking below the water’s surface in California’s MPAs, and as scientists continue to learn more about these deep-sea creatures, it’s important to reflect on how much is still to be learned from our wonderful ocean.” 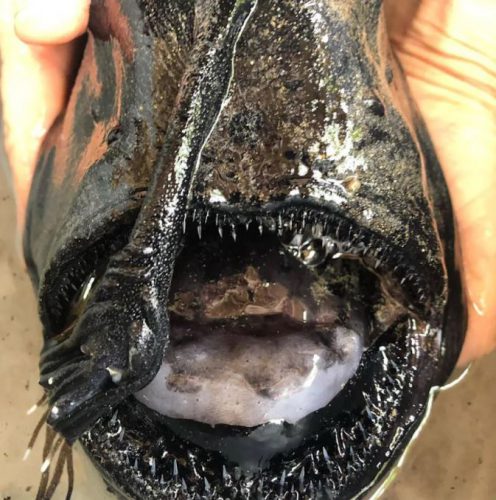 The Crystal Cove State Park also shared more information about the rare fish that rarely sees the light of day.

“Only females possess a long stalk on the head with bioluminescent tips used as a lure to entice prey in the darkness of waters as deep as 3,000 feet! Their teeth, like pointed shards of glass, are transparent, and their large mouth is capable of sucking up and swallowing prey the size of their own body.”

The state park also shared further details about the male and female varieties of these unique deep-sea creatures.

“While females can reach lengths of 24 inches, males only grow to be about an inch long, and their sole purpose is to find a female and help her reproduce. Males latch onto the female with their teeth and become ‘sexual parasites,’ eventually coalescing with the female until nothing is left of their form but their testes for reproduction. Wild!” 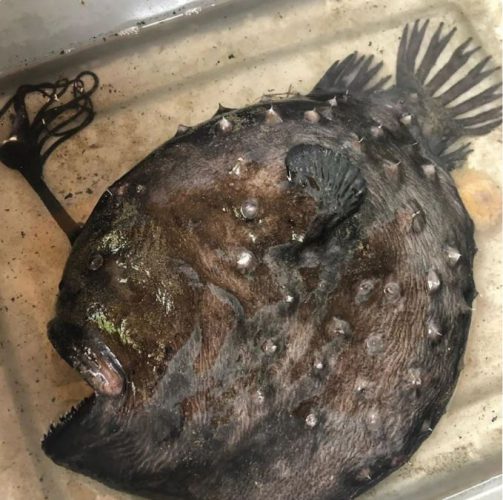 The fish is currently in possession of the California Department of Fish & Wildlife. The animal’s remains may go to a research institute or a museum, but its final destination has not yet been reported.

Instagram users were delighted by the state park’s find.

Another shared, “That thing’s got a fishing pole on its head! Awesome. Evolution, bro.”

What do you think about this Pacific football fish?