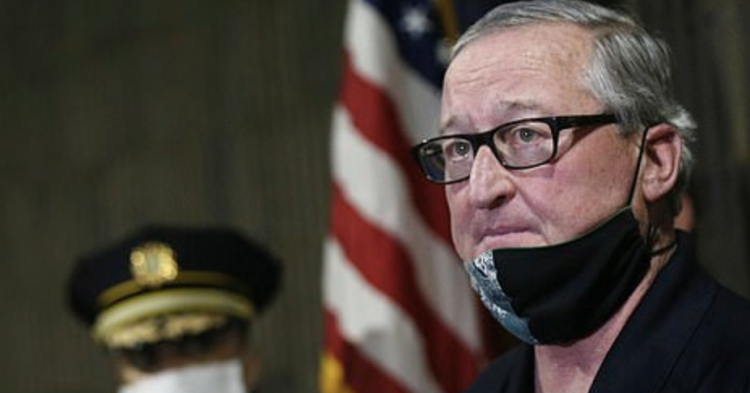 Philadelphia Mayor Jim Kenney has profusely apologized after he was caught dining inside a Maryland restaurant after banning indoor dining in Philadelphia. Because the mayor was trying to curb the spread of COVID-19 across Pennsylvania, he decided to prohibit indoor dining because it greatly increases the risk of spreading the virus as well as complicating the contact-tracing procedure – but then he crossed the border into Maryland and went to a local restaurant for a daytime meal.

In the photo, Kenny was dining with his girlfriend. Both were not wearing masks, which is customary when dining inside a restaurant during the pandemic. The restaurant was actually owned by the mayor’s friend, which partially explains why he decided to go there for lunch. He dined at the restaurant on Sunday. He has since issued the following apology. 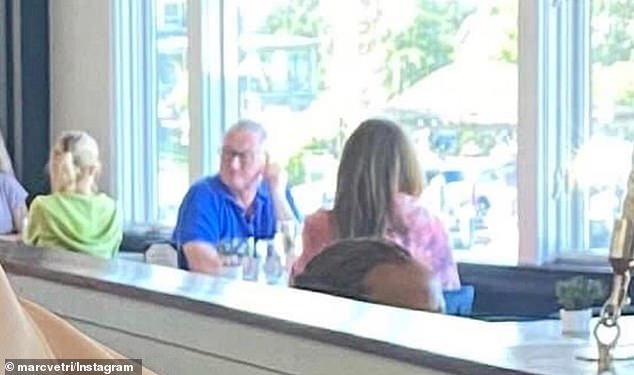 “I know some are upset that I dined indoors at a restaurant in Maryland yesterday,” Kenney tweeted on Monday. “I felt the risk was low because the county I visited has had fewer than 800 COVID-19 cases, compared to over 33,000 cases in Philadelphia.”

He followed up his first tweet with a second that said: “Restaurant owners are among the hardest hit by the pandemic. I’m sorry if my decision hurt those who’ve worked to keep their businesses going under difficult circumstances. Looking forward to reopening indoor dining soon and visiting my favorite spots.”

Because the mayor of Philadelphia seemed unaffected by the indoor dining ban in his city – by crossing the border into a state that has been dealing with the virus better than his home state – the person snapped the candid photo of the mayor chowing down with his girlfriend.

Philadelphia’s indoor dining ban is set to lift in a few days on September 8, 2020.

Chef Marc Vetri, of Philadelphia’s Vetri Cucina, felt hurt that the mayor would cross a state line to eat indoors while his city’s restaurants are struggling to survive the pandemic and economic fallout associated with it.

“Hi Philly Mayor!!!” Vetri wrote Sunday night. “Glad you’re enjoying indoor dining with no social distancing or mask-wearing in Maryland tonight while restaurants here in Philly close, suffer and fight for every nickel just to survive. I guess all your press briefings and your narrative of unsafe indoor dining don’t apply to you. Thank you for clearing it all up for us tonight.”

After the controversy, the mayor’s staff released a statement that said, “For what it’s worth, he also went to Rouge to enjoy outdoor dining in Philly on the way home. He looks forward to expanding indoor dining locally next week.”

Philadelphia residents will recognize Rouge as a popular local burger spot. The mayor’s staff wanted to remind people of that.

The press release added, “Throughout the pandemic, the Mayor has consistently deferred to the guidance of the Health Commissioner, who, in this case, felt strongly about waiting until September 8 to resume indoor dining. If elected officials at the federal level had similarly deferred to health experts over the past five months, this might not even be an issue by now.”