The Neighbors Screamed When They Said Their 40lb Cat Had Escaped. 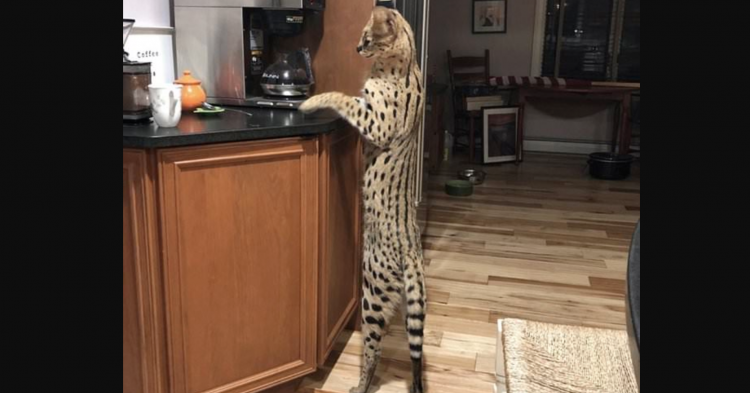 For days, an African serval cat was living in the wild of New Hampshire. Just as thousands of people were flocking to New Hampshire and Vermont as safe havens during the coronavirus pandemic, the African cat made a break from its owner’s home and was on the prowl for prey. Fortunately, the cat was captured and returned back to its owners, as the police department posted on Facebook this Friday.

The cat’s name is Spartacus. And in the photos, you can see the big cat, which is tall enough to stretch itself up onto the counter. Dean King, no relation to the Tiger King, is the owner of Spartacus. He reported that the cat ran away from home this past Wednesday after the family dog scared it. It was living in the wilds of New Hampshire for two days until police trapped it and returned it to King on Friday. 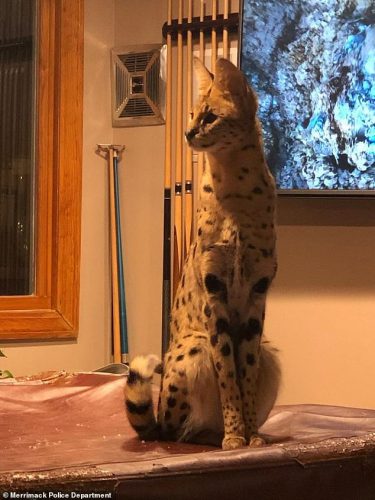 King adopted Spartacus from a Florida zoo a few years ago. He loves big cats and loves watching Spartacus move about his humble home. In one image, which is shared above, Spartacus proves his reach is real when he stretches his body up to the kitchen counter to get close to the coffee pot.

Although Spartacus is an African serval cat, Dean King was able to own the cat legally. Because he went to the New Hampshire Department of Fish and Game before adopting Spartacus from the Florida zoo, he got the necessary permits in place to welcome the animal into his home. 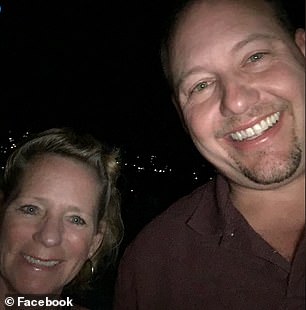 During the day, Spartacus lives in an enclosure. But at night, he is released and invited to prowl the family’s property, including the inside of the home.

Haylie Gulino works as an animal control officer in Merrimack. She said that searching for the loose African cat was tough because she had never had to search the wilderness of New Hampshire for an animal native to the continent of Africa. Gulino and her colleagues did not know what to expect. 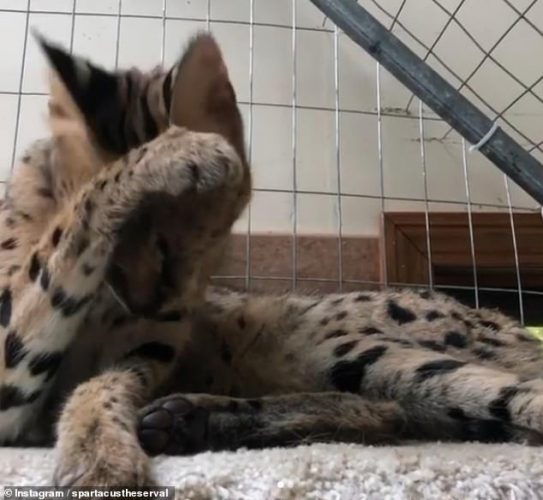 “They had no idea; I had to show them a picture of what they normally look like,” Gulino said. “So, as I said, this was uncharted territory. It was out of the norm for most people here.”

After Spartacus was rescued from the wild, Dean’s wife, Lisa King, posted an adorable image of Spartacus from his enclosure. The cat looked delighted to be back home with its family. 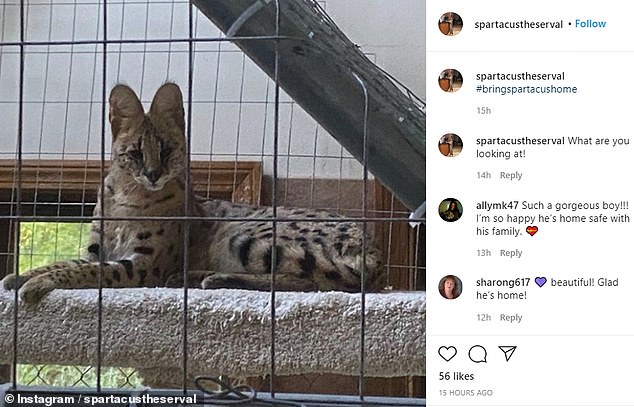 “Dean and I want to thank everyone for your help and support. Spartacus is home safe and warm.

“Personally can’t express my gratitude enough! I have a bond with this cat and he is my person,” she wrote in the Facebook post. 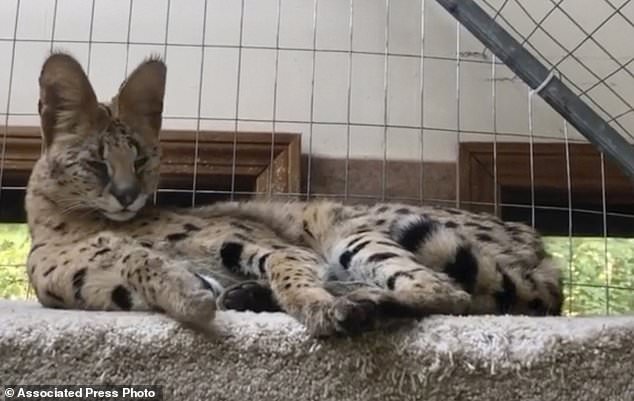 Merrimack, New Hampshire, is only about twelve miles across the state’s southern border with Massachusetts. The area has plenty of wooded space for a cat like Spartacus to roam. However, Spartacus seemed happy to be rescued from the Wildcat Falls Conservation Area. Despite the name, it did not seem to suit Spartacus.

The Kings are happy to have their African serval cat back home – and so are the people of Merrimack, New Hampshire.