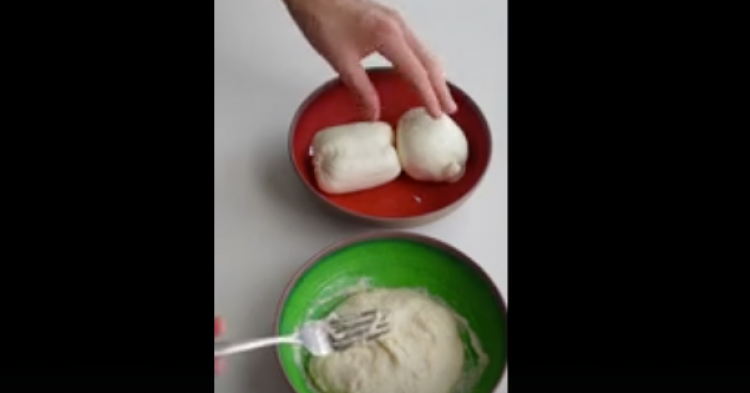 Every year, millions of people drink almond milk, cashew milk, soy milk, and other such dairy alternatives. But would you sink your teeth into a fresh bite of cashew cheese? Well, TikTok users have been pushing a bizarre new recipe that’s advertised as a vegan cheese, which they have revealed is made by processing cashews the right way. Eating a vegan meal can be a healthy choice, which has made the idea of cashew cheese pretty popular among health-focused users on the Chinese-created social media app.

Making cashew cheese is actually pretty easy if you have a Ninja blender or similar kitchen gadget. You also need the following ingredients to make yourself some homemade vegan cheese – this recipe is based on one from the vegan cooking blog, Nora Cooks.

First, boil four cups of water. Pour the boiling water over the cashews in a bowl. You need to let them soak so they can soften. Allow them to rest in hot water for at least fifteen minutes. After you’ve soaked them, drain them and then put them into your blender.

Combine all other ingredients into the blender and blend until the mixture becomes smooth.

Warm a small skillet over medium heat. Pour your cashew mixture into the skillet. Once it is over the store, you need to stir it constantly, so don’t get lazy now. You’re almost done!

As you stir the mixture over medium heat, you’ll notice that its consistency begins to change. The texture gets stickier and stickier. You need to cook it until it starts to develop an appearance similar to mozzarella cheese. As soon as it’s made it to this point in the process, you need to remove it from the stove.

Serve your homemade cashew cheese immediately if at all possible.

There are many reasons you should give cashew cheese a try. Besides being rich in protein and healthy fats, it can also help you feel full faster than cheese because it contains more fiber. The cheese also looks great once you make it. However, people online have reported that the taste can be a bit bland. This might be a chance for you to try experimenting with seasonings that could give the cheese a kick of flavor. But that’s uncharted territory. It might even be an opportunity for someone to make a breakthrough TikTok video that attracts people who are interested in recipes.

The recipe below for melty stretch dairy-free mozzarella first appeared on TikTok, has become particularly popular in the last few weeks. Users have shared dozens of comments about it, including the following:

“There’s no cheese in that cheese.”

“Would it be good on pizza? I miss fresh mozzarella, but I’ll literally end up in the ER if I eat it. My lactose intolerance is that severe.”

“Does it taste like actual cheese?” one person wrote, to which the video creator responded, “Pretty close!”