Trucker Sees Man At Waffle House Put His Hands On Woman, Decides To Politely Teach Him A Lesson

Just because violence or abuse happens behind closed doors does not mean it is okay. And when people witness it happening in public, they need to get the authorities involved and report the situation to the police. However, sometimes immediate action is required because things are escalated too quickly. At a Waffle House diner, one male customer began verbally and physically abusing a woman while they were eating in the restaurant – and a trucker driver took it upon himself to put an end to it.

The truck driver, who is also a veteran of the Gulf War, did not like how the man was abusing the woman. But when he wrapped his hands around the woman’s neck, things were getting much too violent and needed to stop. If the man lost it, he could have killed the woman. 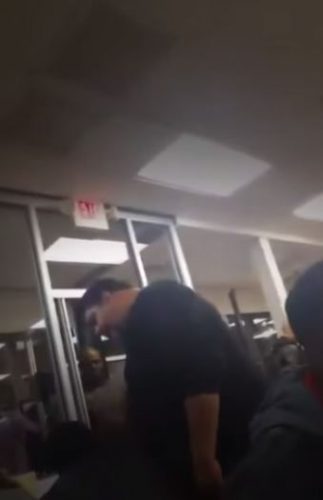 The trucker driver veteran rose up from his seat and strode over to the abuser and grabbed him by the shirt. Then he issued a warning that the man would have no choice but to obey – or live to face the consequences.

“You touch her again, and you will be my motherf***ing breakfast.”

That shut the abuser up right away. But the veteran was not done. 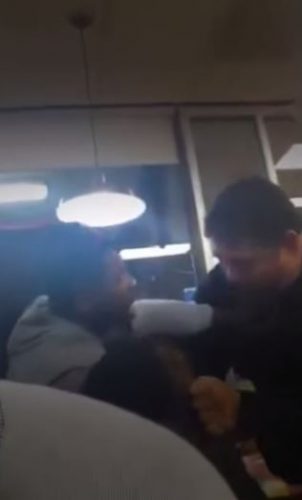 Then he made it clear that this was not an empty threat. “I’ve seen my mother being beaten by a motherf***er like you!”

Because it was obvious that this man’s threat was genuine, they started to inch back in their seats and gave the man and the abuser enough space to finish what they needed to finish.

At one point, the veteran made a demand and urged the abuser to stand up and fight. Instead, the guy backed away from the fight and ran out of the restraint.

Because this Gulf war veteran and truck driver stood up for a victim who was being visibly abused in public, he helped her. Many abusers and bullies crumble as soon as someone stands up to them. They hit other people or bully them because they’re very insecure and doubtful about themselves. So if they can knock down someone else or make another person scared, they feel as if they are strong and big. In truth, they’re small and scared. 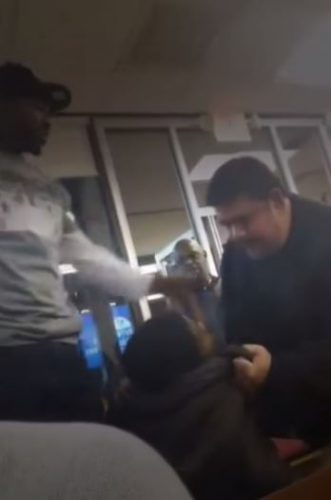 “The man everyone is calling the “Big Bad Ass Trucker” is my husband. He is actually a Hispanic, Disabled Gulf War Veteran. I had to put that in there because of all the racial comments going back and forth. This had nothing at all to do with race. What nobody saw was when it all started. The little piece of s*** was screaming at his woman and then put his hands around her throat. No one stepped in to stop it, so my husband did. We have no tolerance for violence in my family.”

What do you think about this situation and how the Gulf War veteran reacted?