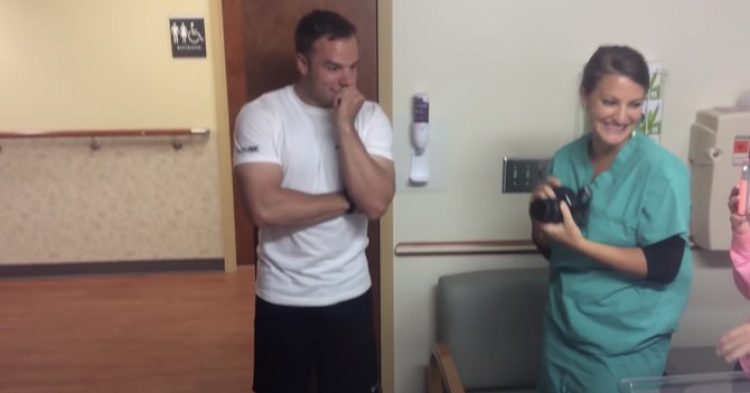 After First Lieutenant Jake Osborne learned his wife was pregnant, he treated her like a queen. He doted on her from the moment he woke up to the moment he went to sleep. But one month after learning that she was with child, he got the call from the United States Army that he was being shipped off to fight in Afghanistan. Based on his experience being deployed previous times, he knew that he would be gone for a long time – and would not be able to stand beside his wife throughout her pregnancy.

However, Osborne hoped beyond hope that he would at least be able to be by his wife’s side when it came time for her to deliver their baby. Little did he know that fate would have other plans for this young family, and there was little he could do to stop that. 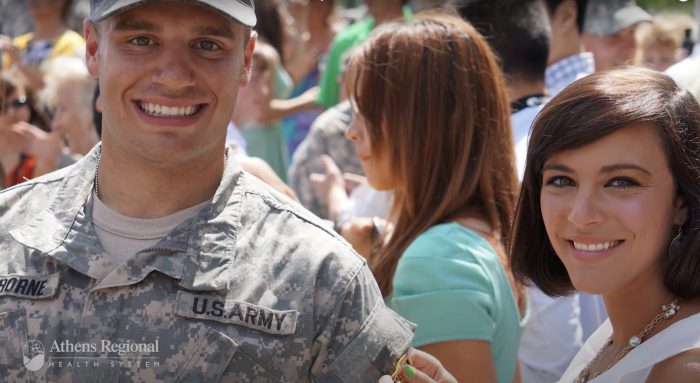 When he hit the ground in Afghanistan, he quickly learned that he would not be returning home to meet his child until after the baby was born. The weeks passed, and Osborne grew more anxious and nervous about his wife’s advanced pregnancy. She was experiencing the typical symptoms of pregnancy, but Osborne really wanted to be there to support her in her moment of need. However, fate would not make it that easy for him.

After being gone for months, Osborne’s commander generously ordered him to hop on the next flight home. It was May 12 when Osborne was cleared for leave so he could see his wife and meet his newborn baby because the child was due any moment now. 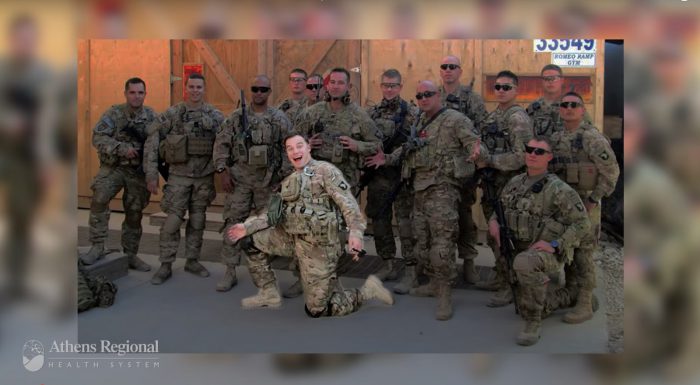 As he flew halfway across the world, Osborne’s wife went into labor. It was painful and long. This made it hard for Osborne because he really wanted to be with her while she went through the ordeal. Fortunately, his wife was unharmed during the delivery, and the newborn baby girl was healthy. The birth took place at Athens Regional Health System Medical Center hospital, and Osborne wasted no time getting there to be beside his wife.

“I rounded the corner… and froze at the door. I didn’t know what to say. I was giggling like a little school girl,” Osborne said about the first time he met his daughter. “It was unreal, unlike anything I’ve ever felt.”

After his initial shock, Osborne was given the opportunity to hold his baby girl. He could not hide the job that flooded his mind and body. As his family watched him meet his daughter after a tour of duty in Afghanistan, they had tears in their eyes from the joy of it all.

The hospital shared a bit about the amazing experience. 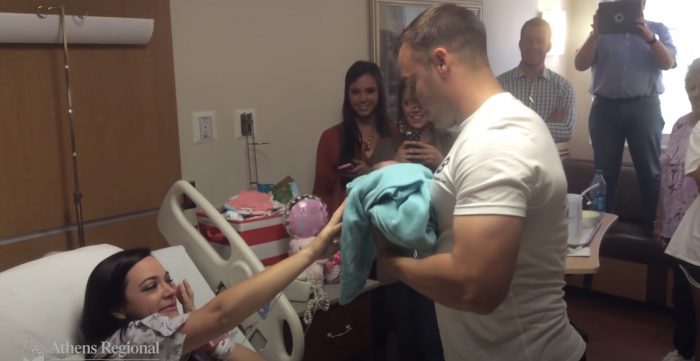 “We’re so grateful to be a part of this beautiful birth story! Lieutenant Osborne’s family was recently reunited for the birth of their baby girl and shared their story with us. Thank you for your service, and congratulations on your lovely family.”

“Bless this family. He fought for America. God bless y’all.”