When I Saw What They Pulled From The Bottom Of Their Pool, I Swore I Would Never Swim Again 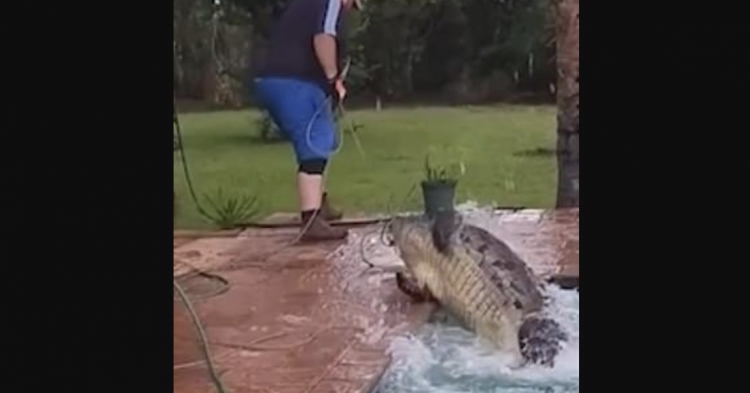 Jacob Breytenbach and his wife, Angel, have to be very careful on their property in South Africa. The couple, who live in North West province, sometimes have to deal with dangerous animals and other creatures on their property. However, the couple could not believe their luck when they woke up one morning to find that a massive crocodile had decided to take up a second home inside their swimming pool.

Breytenbach and his wife first noticed the crocodile when they checked their home security cameras. They were about to let their pets out into the yard when they noticed the croc lurking in their pool. Because they did not want their beloved pets to get injured – or killed – by the reptile, they kept the pets locked in the house and made an urgent call to a team of animal specialists who help remove crocodiles and other threatening creatures. 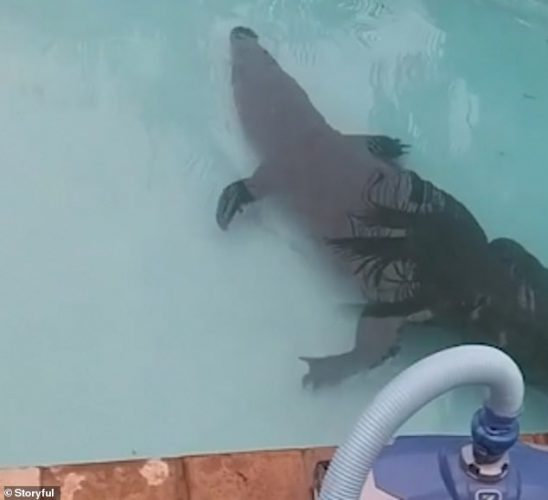 During the crocodile extraction, Angel gets involved, shouting: “Jump on its teeth! Straight on its back, there you go. I’m Australian I’ve seen it done before.” 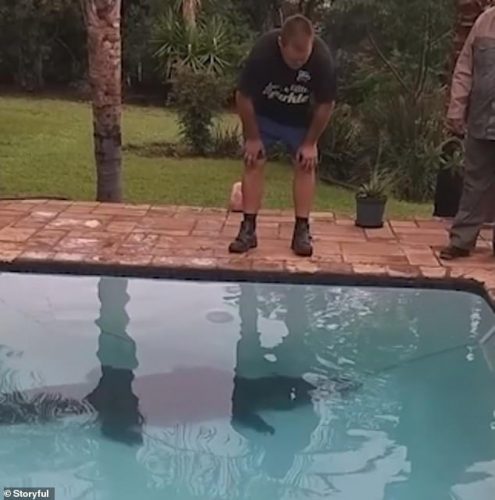 After struggling to get the rope in position, the men fight with the crocodile to get it out of the water. When they do haul it from the depths of the pool and get it onto the grass, one team member calls out, “It’s a boy!”

While the professionals work to calm the crocodile – playing a cloth over its eyes to subdue it – Angel continues her commentary, “I don’t want to go in the pool in case it goes in. Only in South Africa.” 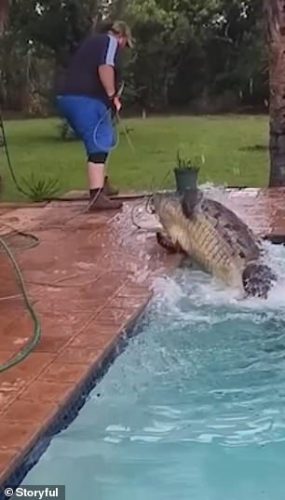 Angel was the one who first spotted the crocodile lurking in her pool. It was on January 29, 2021. She had been about to feed her animals when she saw “something large floating” in her pool. She immediately called in the experts.

She told Storyful: “I must applaud everyone for their awesome handling of the situation.” 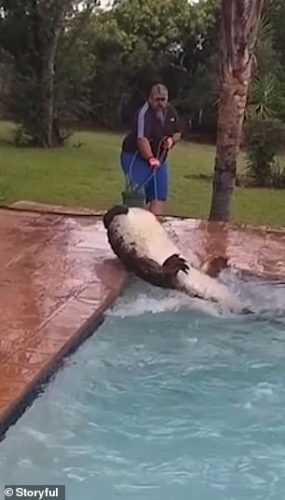 The team that helped remove the crocodile from the pool was The Wild Heart Wildlife Foundation. They believe that the crocodile was driven in-land from a nearby river after Cyclone Eloise brought massive amounts of rain into the area and flooded many waterways. 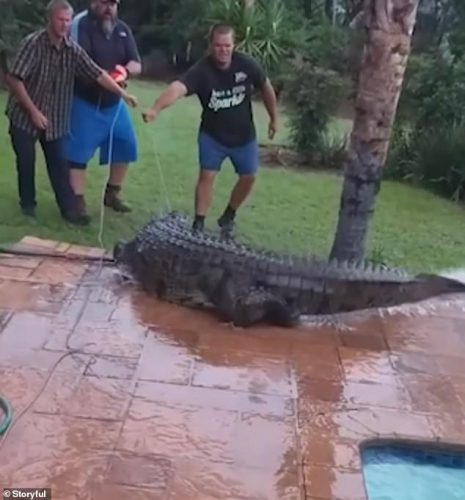 In a post on Facebook, they wrote: “Various animals have been displaced and shown up in strange places due to the heavy rains brought in by Cyclone Eloise. It is believed that this crocodile came from a nearby river. The crocodile was safely removed and placed in a safe location. He will be checked out by the Dept of Nature Conservation then released back into its natural habitat.” 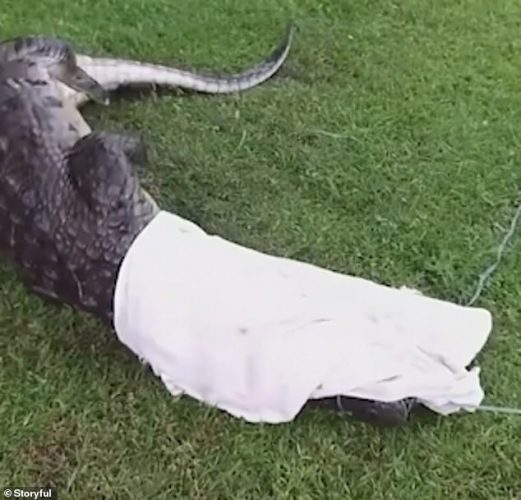 Viewers were impressed that the animal removal team was able to get the crocodile out of the pool without incident. What do you think about the video?