Woman’s Bikini Photos Are Going Viral For Their “Empowering” Message 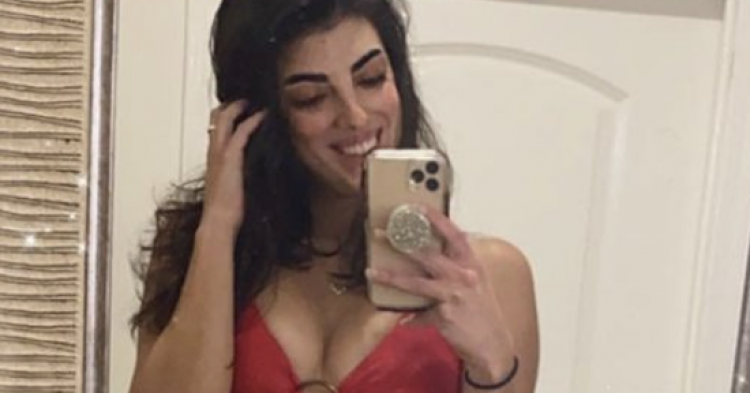 It didn’t take long for side-by-side images of model Kendall Jenner and astronaut Alyssa Carson to go viral. The images not only featured the highly accomplished women while at work, but they also featured the pair in red bikinis. While some people fixated on the women’s bodies in the images, others decided to turn their attention to something far more powerful – the amazing things they can do with their brains.

29-year-old Caitlin Sarian decided to cut through the stereotypes by showing people that women can be both attractive and smart. In the viral image, Caitlin, a Los Angeles-based engineer, showed off her fit body in a red bikini (similar to the one famously worn by Kendall Jenner) next to an image of her in her blue engineering uniform. She then posted a statement intended to empower women across the globe. 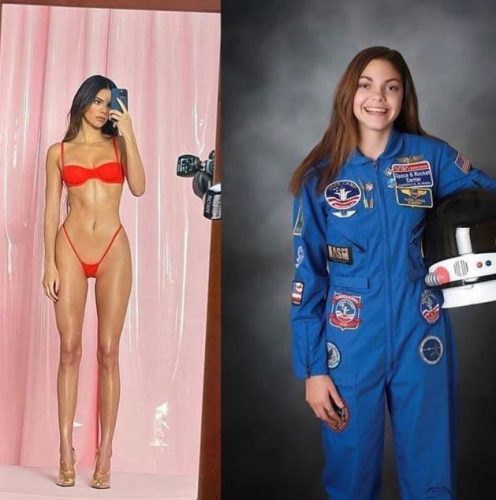 The female engineer wrote, “I’m tired of girls getting put into boxes. GIRLS CAN BE ANYTHING AND EVERYTHING WE WANT.”

But she didn’t stop with that message. She continued by writing more about her views and why more women should be proud to share their accomplishments on social media – and not just their sexy bikini photos. 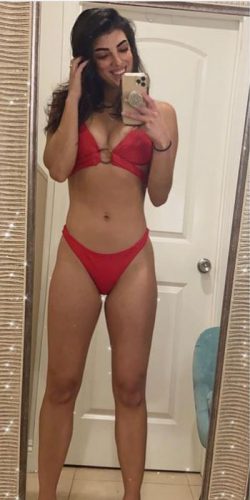 “There was a recent viral photo (scroll right to see) @worthfeed that showed Kendal Jenner and Alyssa Carson comparing a model to a scientist. It went onto saying how ‘many women struggle every day to belong in historically male-dominated positions and trades, society continues to reward vanity and beauty over real skills and intellect and that we should not place this asthenic above incredibly talented, dedicated, and skilled individuals like Alyssa Carson.’

The engineer continued: “I COMPLETELY AGREE but also want to state that GIRLS CAN DO BOTH. We are UNSTOPPABLE; We can be engineers, doctors, scientists while being artists, models, poets, writers. Every one of us unique. We all have different passions and purposes in life. Don’t listen to the stereotypes, chase your passions and never stop to apologize for owning YOU!”

For those who do not know her, Alyssa Carson is a nineteen-year-old astronaut who became the first astronaut in NASA’s history to overcome the grueling aerospace tests.”

“You can probably work which of the two is most well known and globally admired, yet this situation shows us the disproportionate value that society gives to exaggerated beauty stereotypes.”

Now Caitlyn Sarian wants to empower more women to do what they love.

“When I first read the post, I did appreciate it. It had some merit in it. The sense that beauty is often more prized than brains is very true in this day and age. But then I thought, why were two successful women put up against each other? And why does it have to be one or the other?” she said. “I wanted to show that a woman can be comfortable in their own skin and be a model while also being an engineer. I took a photo in a red bathing suit similar to what Kendall Jenner was wearing and then used a photo of when I used to work at the Chevron oil refinery as an engineer. I wanted it to represent that one girl could be both, that we don’t have to be one or the other, beauty or brains.”

What do you think about the empowering bikini photo?